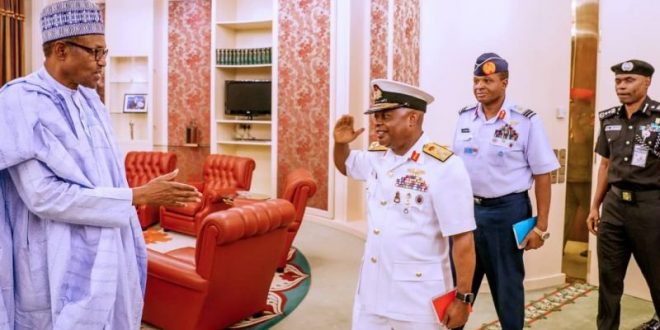 Senate requests service chiefs to step aside over soldiers’ killings

The Senate on Tuesday asked the service chiefs to step aside following the killings of soldiers who are fighting insurgency and banditry in some parts of northern Nigeria.

The motion was brought to the floor of the Senate via a point of order, moved by the Chairman of its Committee on Army, Senator Ali Ndume.

Those who contributed to the motion lamented the implication of the disturbing development stressing that it was capable of frustrating the war against insurgency and banditry.

hey noted that many members of the armed forces who are scared of losing their lives have started resigning from the military.

The Vice-Chairman of the Senate Committee on Customs, Senator Ayo Fadahunsi, proposed an additional prayer that demanded the stepping aside of the service chiefs and his prayer was seconded by Senator Betty Apiafi.

The Senate President, Ahmad Lawan, ruled on the prayer and it was overwhelmingly supported by all the senators in attendance.