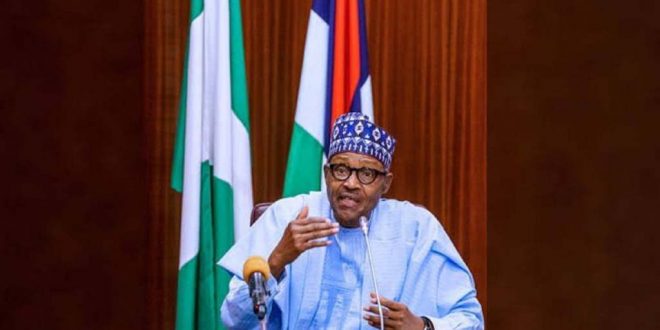 The Senate on Wednesday approved the $16 billion, €1billion as well as a $125 million external loan request sent to it by President Muhammadu Buhari.

The consideration followed a report by the Senate Committee on Local and Foreign Debt, which was read on the floor of the Red Chamber on a proposed 2018-2020 external borrowing (rolling) plan.

Chairman of the Committee, Senator Clifford Ordia, who read the report before his colleagues, recounted that on Tuesday, June 1, 2021, there was a request from the President Buhari for the Senate’s approval of the federal government’s 2018-2020 External Borrowing (Rolling) plan as contained in a communication dated 6th May 2021.

Senator Ordia explained that communication together with the attached Schedule was subsequently referred to the Committee on Local and Foreign Debt for further legislative action and after legislative interaction, deliberations and due diligence, a report was laid by his Committee before the Senate in July 2021 recommending approval of the sum of $8,575,526,537 and €490,000,000.

He also recalled that on September 15, 2021, the President of the Senate of the Federal Republic of Nigeria read another Communication from the President and Commander in Chief of the Armed Forces, Containing an addendum to the 2018-2020 External Borrowing (Rolling) Plan in the sum of $4,054,476,863, €710,000,000 and Grant Component of $125,000,000 for various projects and same was also referred to the Committee for further legislative action.

He explained that, “the request of Mr. President was in compliance with the provisions of the Debt Management Office (Establishment) Act 2003 (DMO) and the Fiscal Responsibility Act 2007 (FRA) which both enjoin the President to seek and obtain the approval of the National Assembly in respect of the External Borrowing programme of the federation and the states.

“The provisions of the above statutes together with the revised guidelines for External and Domestic Borrowing issued by the DMO pursuant to its powers under the DMO Act, requires that all tiers of government of the federation shall borrow only under the following conditions, conditions he said were met and therefore satisfied by the committee.”

The loans are expected to fund infrastructure and human capital development projects.

However, concerns were raised by some Senators who pointed out that the report or the letter did not capture the terms and conditions for the loans.

This was followed by the call by the Committee that, “the terms and conditions of the loan from the funding agencies, be forwarded to the National Assembly for documentation.

In his submission, Deputy President of the Senate, Senator Ovie Omo-Agege argued that findings in the past had shown that there were blind spots in the contract documents that required clarification.

He said: “We went through the terms but there were some allegations that they were written in Chinese language and at that time it became clear even from the responses given by those who were in charge in the budget office and they threw it back at us that we gave approval”.

On his part, Senator Bamidele Opeyemi said he was concerned about the position the upper legislative chamber has put itself.

“It is a constitutional issue. There was also a letter from the president for the approval that is concurrence. He said it is not different from concurrence. The decision has been taken we are either to concur or not. What I have come to see is an approval and what we are doing is an approval,” he said.

Charles Igbinidu is a Public Relations practitioner in Lagos, Nigeria
@https://twitter.com/ionigeria
Previous Woman who was raped by her father as a child speaks out about ‘humiliating’ abuse
Next Aston Villa confirm the appointment of Steven Gerrard as their new Manager after paying Rangers £2.5m