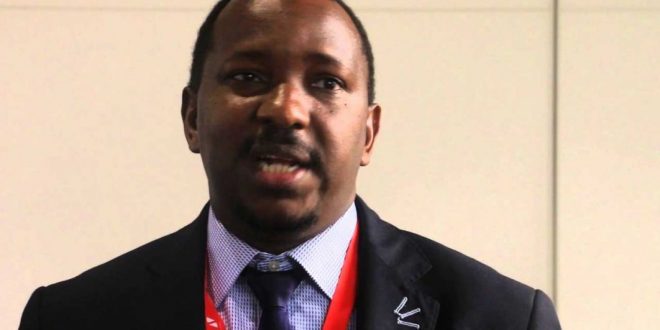 What would have been a heroic welcome for the victorious Super Eagles was yesterday morning thwarted by gun-wielding security operatives who opened fire in a failed attempt to arrest Shehu Dikko at Nnamdi Azikwe Airport, Abuja.

Dikko, who is the chairman of the League Management Company (LMC) and a member of the Nigerian delegation, was in the midst of the returning players and officials.

The players had defeated Zambia 2-1 in a first game of the last qualifying series for the Russia 2018 World Cup.

The members of the Super Eagles were forced to hurriedly leave the Abuja airport when security operatives started shooting into the air to scare away football fans who rose to resist the arrest of Dikko.

The men in mufti, who said they were officers from the Jos Police Command, did not present anything to show they were actually who they claimed to be.

The national team flew into the Abuja airport aboard a chartered Arik aircraft late Sunday night and were about to begin their journey to town when the security operatives swooped on the delegation in search of Dikko, whom they claimed had been committed to prison for contempt by a Jos High Court.

On sighting Dikko, the operatives made a move to arrest him, but they met stiff resistance from members of the delegation to Zambia, including the club chairmen, state football associations’ bosses, journalists and football fans.

Seeing that their mission was about to be thwarted, the operatives started shooting into the air, forcing everybody within the vicinity to scamper for safety.

But they could not arrest Dikko, who was smuggled out of the airport by some Nigerian football stakeholders.

Speaking on the incident, Dikko said he was surprised by the action of the operatives, who he claimed defied an existing order by the Court of Appeal for the warrant of arrest to be suspended until the determination of the case at the appellate court.

Dikko and the Chief Operating Officer (COO) of LMC, Salihu Abubakar, were recently sentenced to two weeks in prison for contempt by the Federal High Court in Jos, which was irked that the league body disobeyed its order to reinstate Giwa FC to the Nigeria Professional Football League and reschedule all its matches.