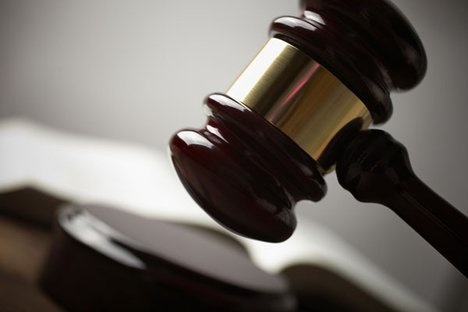 The police on Monday arraigned a security guard, Michael Nwaogwu, before the Lagos State Magistrates’ Court sitting in Yaba for allegedly stealing from the offering box of a church.

It was gathered that on July 17, 2019, 20 years old Nwaogwu, who resides in Costain area in Lagos, allegedly stole N2,385 from the offering box of the St. Dennis Catholic Church in the Akoka, Bariga area of the state.

According to the prosecutor, Godwin Oriabure, another guard, Musa Ayay, who discovered that the offering box had been tampered with, confronted Nwaogwu, who confessed to the crime and upon a search, the money was allegedly found in his underwear.

Nwaogwu was arraigned on one count of theft.

According to Oriabure, the offence contravenes Section 287 of the Criminal Law of Lagos State, 2015 (revised).

The presiding magistrate, Oluwatoyin Ojuromi, admitted the defendant to bail in the sum of N30,000 with two sureties in like sum.

Ojuromi ordered that one of the sureties must be a blood relation of the defendant.