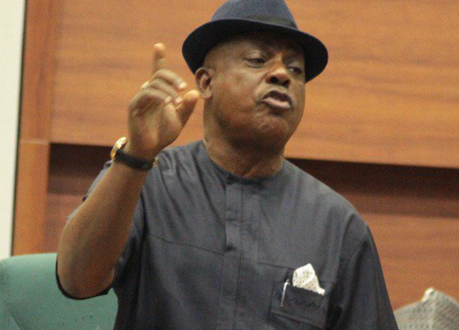 Spread the love
Prince Uche Secondus, embattled National Chairman of the Peoples Democratic Party (PDP), has raised an alarm over the alleged plot to hijack the party.

The opposition party is currently experiencing one of its worst crisis.

It would be recalled that seven national officers of the party stepped down two days ago.

A day after their resignation, Senator Joy Emordi, a board of trustees member of the party, defected to the All Progressives Congress (APC).

In a statement Ike Abonyi, his spokesman, issued on his behalf, Secondus said the structure of the party is about to be hijacked.

“Reports reaching this office show clearly that this character is deploying all devious means to try and diminish the person and character of the National Chairman with a view to having his way of ultimately hijacking the structure for his disproportionately large ambition.

“We, therefore, wish to alert the general public particularly media houses and party stakeholders to look out for strange deployment of luring gifts from this destructive ‘Father Christmas’ all aimed at having a grip on the soul of our party by having a caretaker Committee.

“What continues to shock many party observers is the real reason behind the desperation of this man to get at the National Chairman and the quantum of public funds being expended to achieve this illicit goal a few months to the National Convention.

“Few months to National Convention anybody who means well for this party and who is a true democrat should respect the constitution of the party and approach issues dispassionately.

“Prince Secondus through the media office however wishes to assure all critical stakeholders of our great party that every reasonable step is being taken to ensure that the image and status of the party are not injured by all these needless noise and scheming by desperadoes.”

Charles Igbinidu is a Public Relations practitioner in Lagos, Nigeria
@https://twitter.com/ionigeria
Previous New York Governor Cuomo sexually harassed 11 women, report finds; he vows not to quit
Next Grieving father breaks down as he cradles tiny casket of his 8-week-old son stabbed to death by mother, who also wounded 2-year-old daughter 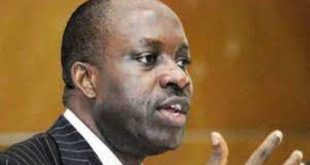 Spread the loveThe Supreme Court, on Thursday, affirmed the former Governor of the Central Bank …