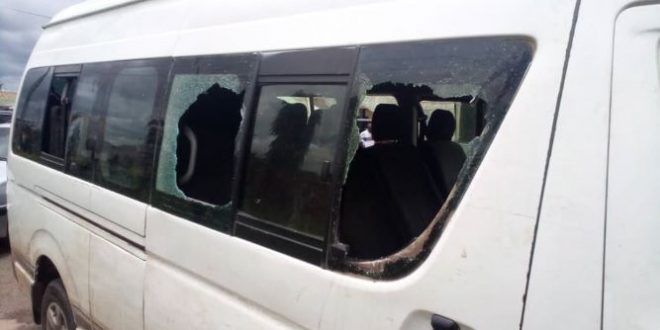 Scores killed as gunmen open fire on travellers in Jos

Some travellers have been shot dead in Jos North Local Government Area of Plateau State.

It was gathered that the victims were passing through Jos when they ran into gunmen who opened fire on their vehicles.

The whereabouts of some of the victims were unknown as of the time of filing this report.

Security sources told Daily Trust that at least 15 corpses have been deposited at the morgue of Plateau Specialist Hospital.

Muhammad Ibrahim, one of the passengers, who escaped the attack, said they were in a convoy of five 18 seater buses when the attackers struck.

He said they were returning from Bauchi State where they attended an event to commemorate the Islamic New Year.

“We ran into the armed gang at Gada-Biyu area of Jos North Local Government Area,” he said.

The spokesperson of the State Police Command, ASP Ubah Gabriel, told Daily Trust that security operatives had been deployed in the area.

He, however, said he did not have details of the incident and promised to call back as soon as information is available.

When Daily Trust correspondent visited the hospital, some of the victims were seen being treated while others were referred to Jos University Teaching Hospital.

The State Commissioner of Police, Edward Ebuka, and the General Officer Commanding 3rd Armoured Division, Secretary to the Government of Plateau State, Prof. Danladi Atu, were also at the hospital.