Sasha Johnson: Black Lives Matter activist in critical condition after being shot in the head in south London

Prominent Black Lives Matter activist Sasha Johnson is critically ill after being shot in the head, her party says.

The Taking the Initiative Party said she was being treated in intensive care after being “brutally attacked” in the early hours of Sunday.

Police have not confirmed her identity but said at this stage there was no evidence the attack was targeted.

Officers said the 27-year-old woman was taken to a south London hospital with life-threatening injuries and have appealed for witnesses.

Police said at this stage there was no evidence to suggest she had received any credible threats against her.

Imarn Ayton, a friend of Ms. Johnson’s, told the BBC doctors had carried out surgery on her fellow activist which had gone well and she was “now with her parents”.

She said Ms. Johnson had been at a party or gathering when she was injured but she did not believe “she was the intended victim”.

“As far as I am aware… this incident is more related to rival gangs as opposed to her activism,” Ms. Ayton said.

Detectives from the Met’s Specialist Crime Command have been investigating at the scene and the surrounding area and are pursuing a number of lines of inquiry.

It is believed the shooting happened near a house where a party was taking place and a number of people may have been in the area, a Met Police statement said. 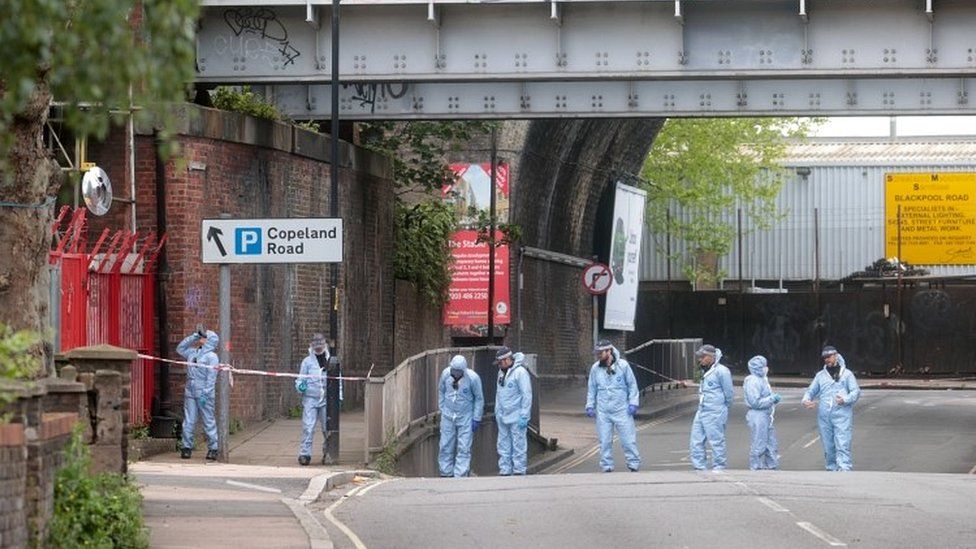 Det Ch Insp Jimi Tele said: “This was a shocking incident that has left a young woman with very serious injuries. Our thoughts are with her family who are being provided with support at this terribly difficult time.”

He added: “If you saw anything suspicious in the Consort Road area in the early hours of Sunday morning, or if you have heard information since that could help detectives, it is crucial that you get in touch.”

Ms. Johnson, a graduate of Oxford Brookes University, has been a leading figure in the Black Lives Matter movement in the UK and is a member of the Taking the Initiative Party’s leadership committee.

In a statement on Instagram, the party said Ms. Johnson was a mother of two and a “powerful voice” who had always been fighting for black people and against the injustices that surround the black community.

“Let’s all come together and pray for Sasha, pray for her recovery and show our support to her family and loved ones,” it said.

Black Lives Matters UK tweeted it was shocked by the shooting of “a young mother and fearless political campaigner who was at the forefront of many BLM protests last summer”.

It said that while she was not part of their own organisation, “she impressively founded a new Black-led political party and was dedicated to resist anti-Black racism”.

Announcing that a vigil would be held for her on Monday afternoon at King’s College Hospital, it added: “Any attempt to intimidate or silence her, is an attack on all of us.”
Share