Home / Opinion / Opinion Articles / SARAKI, THE JOURNEY MAN! From Minna To Ota….Where Next? 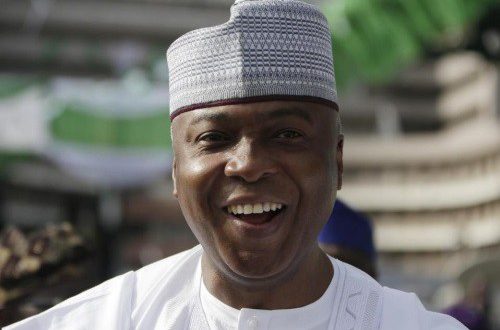 SARAKI, THE JOURNEY MAN! From Minna To Ota….Where Next?

●Otuoke May be Next Port of Call

Hate him or love him, Senate President, Abubakar Bukola Saraki is doing what every other politician who knows his onion will do at a time like this. He is consulting, dialoguing, negotiating, horsetrading and probably aligning.

Like his opponents, he is under pressure, racing against time! A wrong decision at this point will be very costly and disastrous….and a right decision can end his nightmare and dilemma.

Yes, you may not like the duo of Ibrahim Babangida and Olusegun Obasanjo two former leaders who have managed to keep themselves relevant in the scheme of things as far as leadership and politics are concerned in today’s Nigeria but truth is that both men have become some sort of oracles that must be consulted by those seeking power or leadership positions in the country.

Yes, both former leaders contributed to where the country is today but that has never taken away the fact that many politicians still rely on them to rise to power.

To get to position of authority, you as a politician must respect some class of people irrespective of the image and reputation they court in the society. You must pay homeage.

You must listen to some people. Ironically, the system has placed them in positions to call the shots. Unfortunately, they decide who goes and who does not.

They are the power-brokers. For instance, Godswill Akpabio had to visit Asiwaju Bola Ahmed Tinubu in his Abuja hone as soon as he returned from his trip to London where he visited President Muhammadu Buhari who is on vacation. Both visits hinge on his defection from PDP to APC.

In the last one year, scores of top politicians have visited Babangida in Minna to help shape their political future, many have also visited Obasanjo in Ota. Former President Goodluck Ebele Jonathan was Obasanjo’s guest last year….and this year alone, Obasanjo himself has visited Jonathan in his Otuoke country home twice.

These visits are part of politics and politicking. No man is an island. You cannot claim to know it all in politics. You must consult and align. You must have powerful backers either financially or morally or even spiritually.

That is politics of our clime. When Obasanjo left prison, he did not fly into Aso Villa just like that. It was the military high command made up of powerful ex-senior military officers mostly past leaders who paved way for his choice as president.

Of course, they saw him as one of their own and felt that their interests will be better protected under his watch.

So Saraki is not doing anything strange or wrong by visiting Minna and Ota. Those who see something wrong in his visits of IBB and OBJ probably are considering the fact that both former leaders are perceived political foes of PMB. More so, the duo as former leaders are part of the country’s political problems.

Nothing has been made public of both closed door meetings. But those who are close to the Senate President say, the meetings are connected to the political situation in the country especially the faceoff between the executive arm of government and the legislative headed by Saraki.

Again, they opine that this faceoff is not unconnected with body language of the executive which seems unsettled by Saraki’s move to join the presidential race.

This may lead to his demand for their (IBB and OBJ’s)” blessings” for him to contest for President.

The cold war between Saraki and the presidency is believed to have made him more popular than he was.

Those in government circle like APC National Chairman, Adams Oshiomhole say, he has to be impeached at all cost but many opine that there is no saint in government as proven by Lawal Daura the disgraced ex-DG of DSS hence Saraki enjoys their sympathy.

The continuous cat and mouse game between Saraki and the executive fuelled by APC chieftains since he declared intension to lead the Senate and by extension the National Assembly in 2015 has placed him in the forefront of Nigeria’s politics.

It is becoming increasingly clear that Saraki may declare to join the presidential race in the coming days considering that the primaries is scheduled for between September 18 and 25, (some six weeks away). He has spoken to Babangida and Obasanjo, who knows who’s next for him to visit? May be Goodluck Jonathan, just may be! That visit will be the first since Saraki led his faction out of PDP to APC which grossly contributed in the ouster of Jonathan and his administration.

It could be a visit of apology, frank talk, admonition and fence-mending. 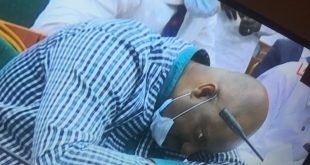