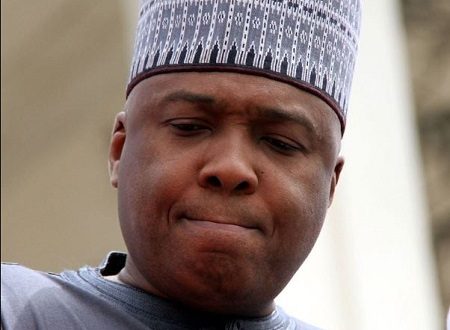 The President of the Senate Dr Abubakar Bukola Saraki, has expressed sadness over the death of Channels Television reporter Mr. Chukwuma Onuekwusi.

Mr Onuekwusi the State House Correspondent of Channels Television died in the early hours of Tuesday at a private hospital in Abuja.

Saraki in a statement by his Special Adviser on Media and Publicity, Yusuph Olaniyonu, in Abuja, described the late Onuekwusi as a hardworking, passionate and conscientious reporter who left nobody in doubt about his professional competence.

He commiserated with the immediate family of the deceased, the management and staff of Channels Television and the State House Correspondents over the loss of the broadcast journalist.

“The news of the demise of Chukwuma Onuekwusi came to me with great shock. He was a thoroughbred broadcast journalist whose reports always leave you wanting more,” Saraki said.

“I believe his death has left a vacuum in the broadcast industry that cannot easily be filled. We can only thank God for his eventful life, contributions to national development and service to humanity. He shall be sorely missed,” he said.

While praying that God should grant the soul of the departed eternal rest, he called on other reporters in broadcast media covering sensitive beats to borrow a leaf from Onuekwusi’s humility, dynamism and dedication to his job.

Mr Onuekwusi had covered several beats on Channels Television before he was seconded to cover the Presidential Villa as the State House correspondent.

He is a graduate of the University of Nigeria, Nsukka and joined the television station in 1998.

He died at the age of 55 and is survived by his wife and children.