Home / News / Politics / Saraki: How I Defeated The ‘Emperor Of Bourdillon’  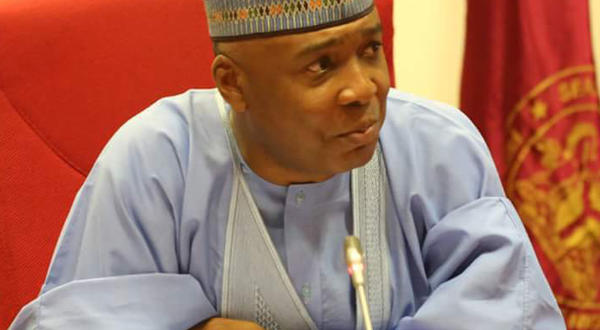 Saraki: How I Defeated The ‘Emperor Of Bourdillon’ 

Former Senate President, Dr. Abubakar Bukoka Saraki on Monday met delegates of the Peoples Democratic Party (PDP) in Lagos, appealing to them to support his move to secure the party’s Presidential ticket.

He told the delegates that he remains their own as someone who last defeated the “Emperor of Bourdillon” who vowed that he would not become the Senate President.

In 2015, Saraki, who was a member of the All Progressives Congress (APC), emerged as Senate President against the wish of some party leaders, including Asiwaju Bola Ahmed Tinubu.

Speaking at a meeting with the delegates, Saraki said as he defeated the Emperor of Bourdillon, making reference to the former Governor of the state, he would help the party reclaim the state in 2023.