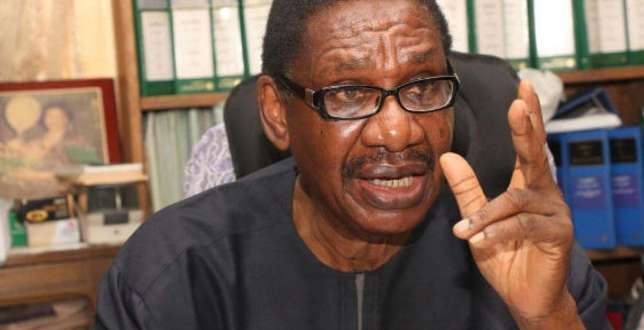 The Chairman, Presidential Advisory Committee Against Corruption, Prof. Itse Sagay (SAN) has asked Ibrahim Magu to report the incident between the EFCC and the DSS to President Buhari.

On Tuesday, November 21, 2017, officials of the Economic and Financial Crimes Commission (EFCC) and police officers clashed with operatives of the Department of State Services (DSS) and National Intelligence Agency (NIA) in Abuja.

Reports say the clash occurred when EFCC officials attempted to arrest the former Director General of the NIA, Ayodele Oke, and former head of the DSS, Ita Ekpeyong.

Sagay said “I think the EFCC should refer the matter to the President so that he can take action because the President is the overall boss and if people are misbehaving like that, preventing agencies from doing their work, then there should be a penalty for misconduct.

“We all know that the law empowers the EFCC to investigate, arrest and prosecute and they have the right to interrogate and invite you and if you refuse to come, they can arrest you. So, anybody, who refuses, that is engaging in lawlessness and is trying to turn the country into a chaotic state of lawlessness which is certainly not good for the country.

“No one is immune from arrest except the President, Vice-President, governor and deputy governor.”

“The DSS procedures do not supersede the laws of the land. The EFCC Act does not require the agency writing to anybody first. They cannot make a law that supersedes that of the National Assembly. The excuses of the DSS are just a way of covering up sheer lawlessness,” he added.

According to the EFCC, the operatives had obtained valid warrants of arrest Oke and Ekpeyong.

The anti-graft agency personnel who spoke to Pulse said “both men had declined repeated invitations to our offices. They left us with no choice.”

EFCC personnel were stopped from gaining access to the property of both men by gun wielding DSS and NIA agents, reports say.

The Former DSS boss Ekpeyong had been on the EFCC radar for alleged complicity in the $2.1B arms scandal which starred former NSA, Sambo Dasuki.

Also, the former NIA boss, Oke was sacked following the discovery of a large stash of cash in an apartment in Ikoyi, Lagos state.

Previous I Won’t Sleep Well If PDP Doesn’t Return To Power – GEJ
Next Ekpenyong, Oke must be made to face the law – Ibrahim Magu 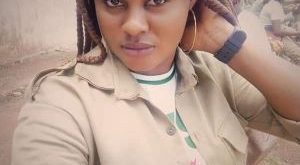