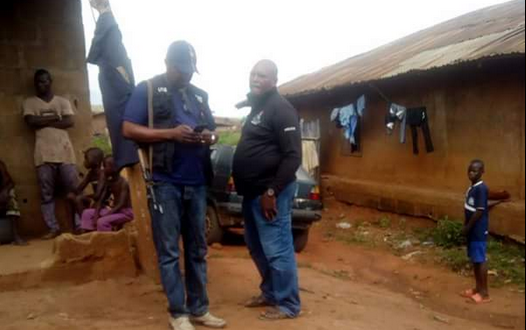 Sad!!! Tears As Lady Who Was Beheaded By Prophet Is Buried In Ogun State (Pictures)

Raliat Sanni, who was gruesomely murdered and her headless body buried in a shallow grave in the altar of a cherubim and seraphim church in Ewekoro, has finally been laid to rest.

The burial, which took on Monday, April 30, at her 38, Ilupeju Street residence, Wasimi, near Abeokuta, Ogun State, South-west Nigeria, forced tears out of everyone, including her biological and foster children, numbering nine.

Her aged parents, Pa Hassan Adebola, 84 and 75-year old Madam Funmilayo Adebola, who could not witness the burial, both sobbed uncontrollably. The bereaved mother of the slain Raliat intermittently asked, “How will I cater for these children at this age of mine, after retiring from active farming? It was Raliat that gave me life.

The children, whose ages range between four and 17, and just came back from school shortly before the rites of burial were performed, visibly expressed pains of losing such a caring mother, and reigned curses on those responsible for their travails.

Friends, siblings, peer and neighbors, present at the burial, to bid the victim good bye, were not left out of the seeming crying competition It should be recalled that Tobiloba Ipinse, 37, founder of Holy Garden Christian Evangelical Church, a branch of Cherubim and Seraphim at Elebute area of Ewekoro, and the victim’s lover, accused Shopeju Daniel, 42, of Oba Onimaju, also a Cherubim and Seraphim, at Egbado Junction, Itori, of masterminding the evil act.

Tobiloba, had claimed innocence and accused Shopeju of orchestrating the killing, even as he affirmed that the dastardly act took place in his presence. 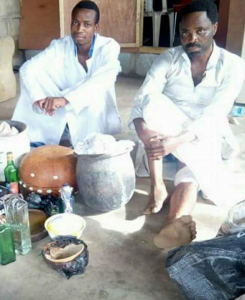 Previous Police Inspector Shot As Notorious Cultist Were Apprehended In Bayelsa
Next 13 Dead As Cattle Rustlers, Militia Battle In Zamfara