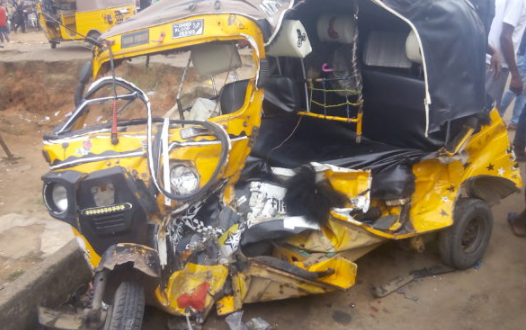 A pregnant woman and another passenger of a tricycle were killed yesterday following a fatal accident that crushed the tricycle together with its occupants.

According to reports, a haulage truck was being chased by Revenue agents said to be working for Aba South Local Area Council when the truck collided with the tricycle, popularly known as keke napep, along Ikot Ekpene road, Aba, Abia state.

The pregnant woman and a passenger in the tricycle died on the spot. Other passengers were injured in the accident and are in critical condition in a government hospital after being rejected by a private hospital because of the degree of injury that they sustained.

The revenue agents, fearing attack from angry witnesses, dived into the Waterside River. One of them was eventually caught by some of the onlookers that chased after them but others escaped.

The irate crowd beat the man mercilessly and would have set him ablaze but for the timely intervention of the police. 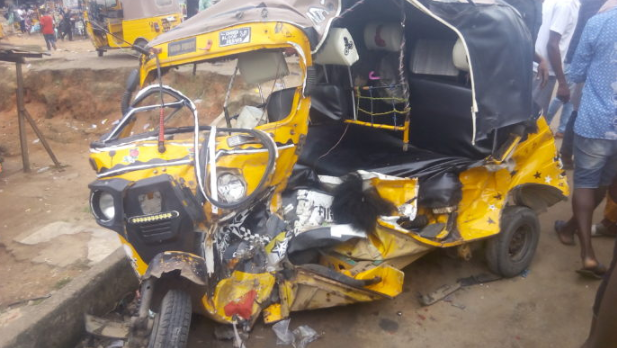