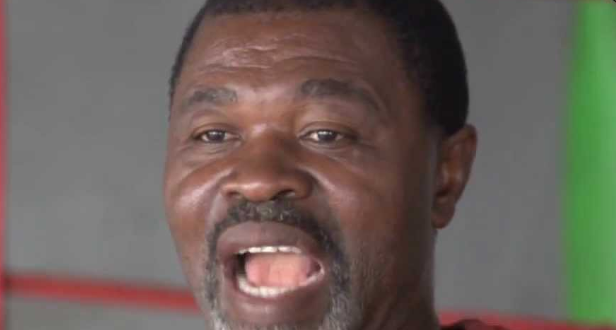 Sad!!! Legendary Nigerian Boxer, Okorodudu Cries Out, Says “I Am Dying Of Hunger”

Legendary Nigerian boxer, Jerry Okorodudu says he is dying of hunger over the non-payment of his 10 months’ salary by the Federal Ministry of Youth and Sports.

Okorodudu, Nigeria’s boxer in the 1994 Los Angeles Olympic Games, U.S., says he is owed the salary arrears by the sports ministry without any explanation as he told the told News Agency of Nigeria that the situation had deprived him of providing for his family, adding that he had “resorted to begging in order to eat and feed his family’’.

It will be recalled that the 1982 Brisbane Commonwealth Games bronze medallist had in 2016 gone cap in hands begging the same ministry to pay him 14 months’ salary arrears. The matter was later resolved and he got his salary arrears then.

“I have travelled to Abuja severally and also written letters to the ministry but nothing is forthcoming, all they do is to keep referring me to different people in the ministry. I am dying of hunger and can no longer cater for my family because my salary has not been paid in the last 10 months.

I have represented this country during my active years and should not be treated this way, this is bad. A similar thing happened in 2016 where I petitioned the ministry and the court ordered them to pay me the 14 months salaries they owed me as at then,’’ he said.

The former boxer, who also won two gold medals at the African Championship in 1982, lamented the treatment from the sports ministry in spite of his contributions and sacrifices for the country. “My pensionable job in the ministry was changed to a contract; the Nigeria Boxing Federation has also sidelined me by removing me from every competition. I represented this country well as an athlete and a coach, but it is a pity that this is happening to me and other former sportsmen and women in the country,’’ he said.

Tags Ministry of Youth and Sport