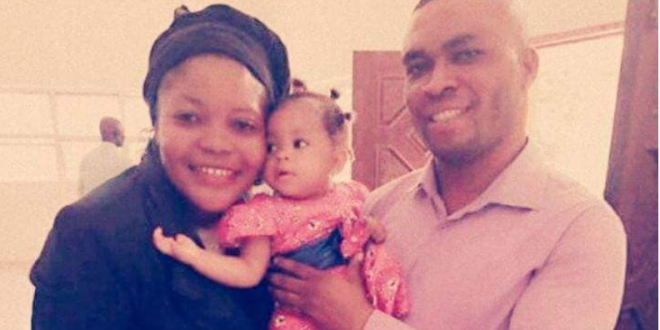 This is really sad. The death of a gallant identified as Chinedu Alozie, with army number :13NA/70/9656, has just been announced. The deceased hails from Obingwa Local Government Area in Abia state.

He was first stationed at Ojo Cantonment Barracks in Lagos before he was later posted to Army band headquarters, Abalti Barracks Music School Ojuelegba.

He was killed by Boko Haram on last month after an attack on their base, while on duty in Maiduguri.

He is survived by wife, a lovely daughter and a three months old son.