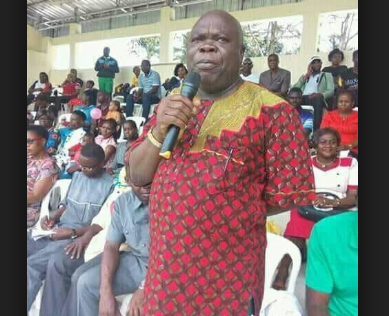 Former Minister of Environment in Bayelsa state, Lionel Jonathan-Omo, has died after he slumped and fell from a balcony in his country home in Ogbolomabiri area of Nembe, Nembe Local Government Area of the state yesterday July 12th.

According to reports,  the politician was rushed to the community hospital but was transferred to the University of Port Harcourt Teaching Hospital in Rivers State (UPTH) where he died.

Omo was also former lecturer at the River State University of Science and Technology (RSUST), writer and a frontline advocate that the country should return to commercial agriculture.

Previous Shameful: 75-Yr-Old Man Lures 11-Yr-Old Pupil, Rapes Her In School Premises In Lagos
Next Couple Found Together In Ukrainian Grave After Wife Was Buried Alive With Her Dead Husband