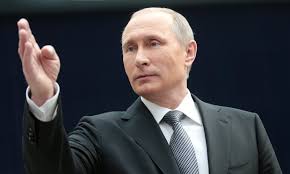 ARussian official who demanded that President Vladimir Putin end the war against Ukraine and was branded a traitor has been charged under a stringent new law that cracks down on dissent.

Leonid Vasyukevich, who was expelled from Russia’s Communist Party after criticizing Putin’s war in May, told Russian daily newspaper Kommersant that he had been charged with “discrediting” Russia’s armed forces.

Russia’s parliament passed legislation in March imposing jail terms of up to 15 years for intentionally spreading “fake” news about Russia’s army. The Kremlin has used the law to crack down on those who veer from Putin’s narrative of the war.

Vasyukevich and fellow-Russian lawmaker Gennady Shulga were branded traitors after they voiced opposition to what Putin calls a “special military operation” during a meeting of the legislative assembly of the Primorsky region in far eastern Russia on May 27.

During the meeting, Vasyukevich appealed to Putin to stop the war and withdraw Russian troops from Ukraine.

“We understand that if our country does not stop the military operation, there will be even more orphans in our country,” Vasyukevich told the meeting, in a rare display of dissent against the conflict that began on February 24.

“During the military operation, young people who could bring great benefit to our country die and become disabled,” he added. “We demand the immediate withdrawal of the troops of the Russian Federation.”

The region’s governor, Oleg Kozhemyako, subsequently branded Vasyukevich a “traitor,” and he and Shulga were escorted from the meeting and denied the right to vote at the session.

“I do not agree with such conclusions, I will insist on justification. There was no discrediting of the armed forces in my words,” Vasyukevich told Kommersant in an interview published Tuesday.

The head of the Primorsky assembly’s Communist Party faction, Anatoly Dolgachev, previously told Kommersant that Vasyukevich and Shulga had been expelled for “discrediting the party.”

Dolgachev said colleagues voted unanimously to kick the pair out of the party.

“They have no place in our ranks…they are now non-handshake, political corpses for us,” he said.

He added that Russia’s Communist Party officially “supports the actions of the armed forces to de-Nazify Ukraine,” echoing the Kremlin’s rhetoric that the “special military operation” seeks to rescue residents of the self-proclaimed Donetsk and Luhansk republics from a “genocide.”

It isn’t clear whether Shulga was also charged with discrediting Russia’s armed forces.

Charles Igbinidu is a Public Relations practitioner in Lagos, Nigeria
@https://twitter.com/ionigeria
Previous Cristiano Ronaldo transfer options dwindle as another club pulls out  of the mix to sign him
Next Chelsea finally agree £55million Jules Kounde deal