A high-ranking Russian general has been killed during fighting in Ukraine, in what experts say will be a bitter blow for Russian leader Vladimir Putin.

His death has not yet been officially confirmed by Russia’s Ministry of Defence, but was announced on social media by his colleague Sergey Chipilyov and was widely reported by several Russian and Ukrainian news outlets.

A military source confirmed that he was killed ‘by a sniper’, and suggested a funeral for the Major General – by far the most senior Russian figure to have died in the conflict thus far – will be held in Russia on Saturday.

After days of denial, the Kremlin yesterday admitted that 498 of its troops have been killed and 1,600 injured in the ‘special military operation’ in Ukraine, but the true figure is almost certainly higher.

Ukraine’s armed forces meanwhile claimed today that Russia’s army had suffered 9,000 casualties – though the statement recognised that the calculation of the death toll ‘is complicated by the high intensity of hostilities’. 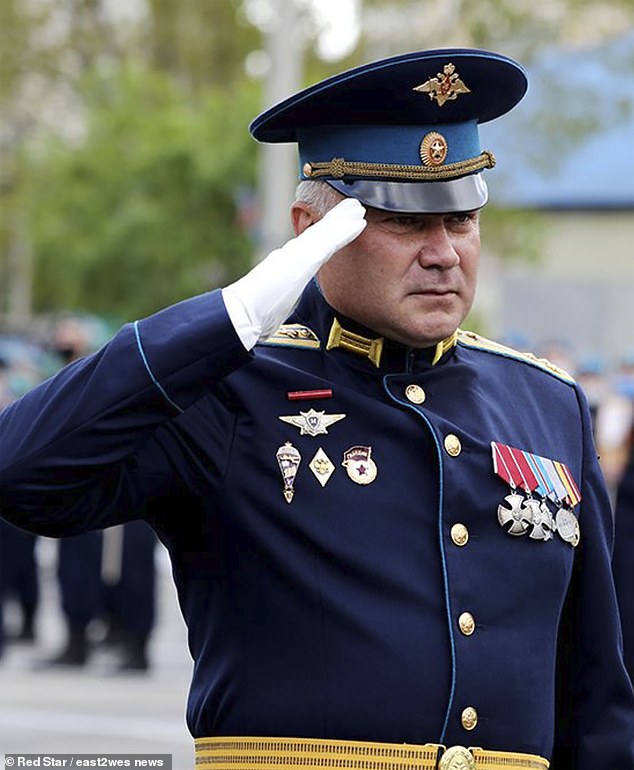 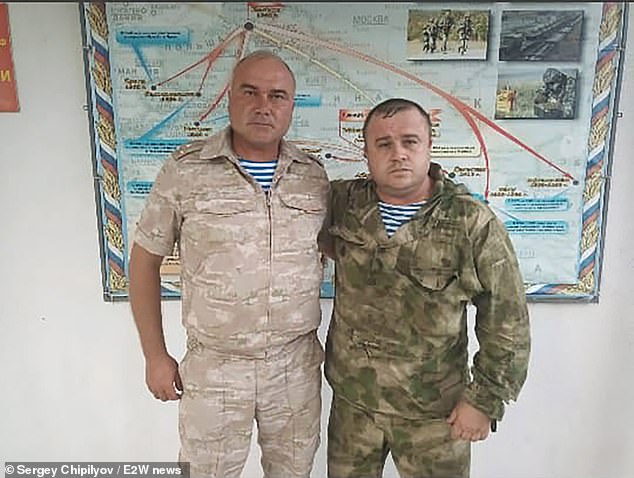 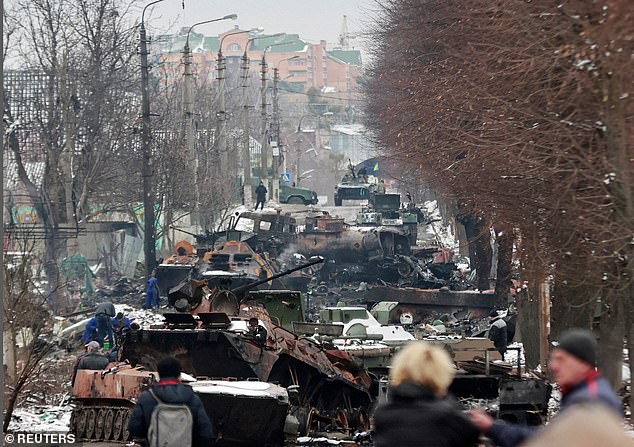 Huge convoys of Russian armour have rumbled into several Ukrainian cities, only to be met with fierce resistance as well-armed troops used a mixture
of their own and NATO-supplied anti-tank weapons to wreak havoc on the invaders 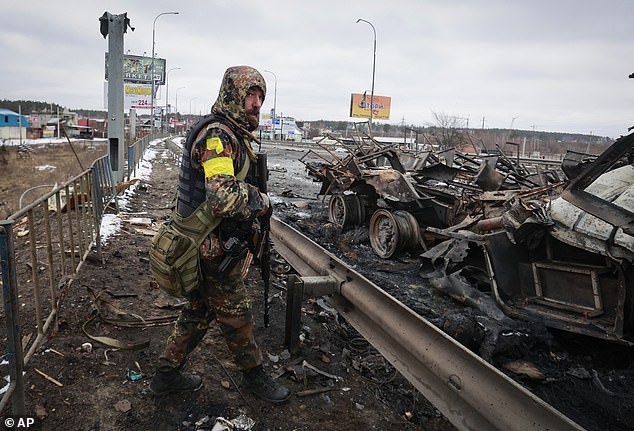 An armed man stands by the remains of a Russian military vehicle in Bucha, close to the capital Kyiv, Ukraine

Chipilyov, of the Airborne Forces Union of Russian Paratroopers, confirmed Sukhovetsky’s death on social media earlier today in perhaps the most definitive proof of the general’s passing.

‘With great pain, we received the tragic news about the death of our friend, Major-General Andrey Aleksandrovich Sukhovetsky, in Ukraine during a special operation.

‘We express our deepest condolences to his family,’ the post read.

It was not clear where Sukhovetsky was killed.

The 47-year-old was a highly decorated veteran who was appointed deputy army commander of the 41st division in October 2021.

Prior to that, he commanded the 7th Airborne Assault Division in Novorossiysk for three years, and had completed several combat deployments in the Chechen war, Abkhazia and the intervention in Syria.

Sukhovetsky twice participated in the Victory Parade in Moscow’s Red Square, and was awarded two Orders of Courage, the Order of Military Merit and the Medal of Courage.

He also received special commendation for his participation in Russia’s annexation of Crimea.

His loss will be taken in Ukraine as yet another encouraging sign that the Russian invasion is not progressing as planned.

Day eight of Russia’s invasion dawned today with the city of Kherson, in the south of Ukraine, having fallen into Moscow’s hands.

Kerson is the first regional capital to have been taken by Putin’s men after a week of fighting that has seen his army suffer heavy casualties as Ukraine’s forces continue to defy the Russian onslaught.

Kyiv was struck by four large missiles overnight, one of which hit the central train station and three of which struck TV or radio stations.

In a video address to the nation early Thursday, Ukrainian President Volodymyr Zelensky praised his country’s resistance and vowed that the nation’s cities will be rebuilt with Russian money

The Ukrainian president claimed that ‘all lines of defence are holding’ with the cities of Kyiv, Chernihiv, Sumy and Mykolaiv all resisting Russian attacks.

‘They wanted to destroy us. They failed. We’ve been through so much. And if anyone thinks that, having overcome all this, Ukrainians will be frightened, broken or surrender, they know nothing about Ukraine,’ Zelensky said, adding: ‘We will restore every house, every street, every city and we say to Russia: learn the word ‘reparations’.

‘You will reimburse us for everything you did against our state, against every Ukrainian, in full.’

He said the fighting is taking a toll on the morale of Russian soldiers, who ‘go into grocery stores and try to find something to eat.’

‘These are not warriors of a superpower,’ he said. ‘These are confused children who have been used.’