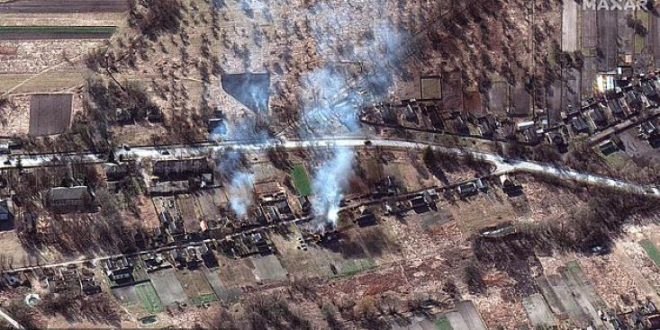 A Russian military convoy traveling towards the Ukrainian capital of Kyiv has grown from being 17 miles long earlier on Monday to 40 miles, a satellite company has said.

Maxar said the convoy stretches from the Antonov airbase, 17 miles north of Kyiv’s city center, to just north of the Ukrainian town of Pribyrsk.

Pribyrsk is closer to the Ukraine-Belarus border and the failed nuclear reactor at Chernobyl than to Kyiv.

On Sunday, Maxar had measured the convoy — then near Ivankiv, Ukraine — at roughly 3.5 miles long.

The line of vehicles is so extensive that it was not entirely captured in today’s satellite imagery.

In some areas, the vehicles are two to three rows deep.

It was not clear whether the convoy was all headed for the same final destination, or whether the military forces would split up and encircle the capital.

Antonov airport, the closest Russian-held site to the center of Kyiv, was the scene of fierce fighting on Friday as it changed hands several times.

By Saturday, it was under Putin’s forces’ control.

Kyiv was subjected to a strong attack on Friday night and into Saturday morning, as Russian forces attempted to enter the city from all sides.

From the north, troops were attacking from Antonov airport, with a thermal power plant in the suburb of Troieshchyna the focus of fighting.

From the east, Putin’s forces advanced towards Kyiv zoo, sparking fierce battles along Peremohy Avenue – a main artery into the city.

And from the south, fighting was raging near the town of Vasilkov, 20 miles south of Kyiv.

On Monday, delegations representing Ukraine and Russia met in Belarus to discuss the future.

As soon as the discussions broke up, Russian forces began firing upon Kyiv.

Volodymyr Zelensky, the president of Ukraine, said on Monday night that his country had so far in the five-day conflict been hit with 56 Russian missile strikes, and 113 cruise missiles were fired.

In the early hours of Tuesday, air raid sirens were sounding once again in the city. 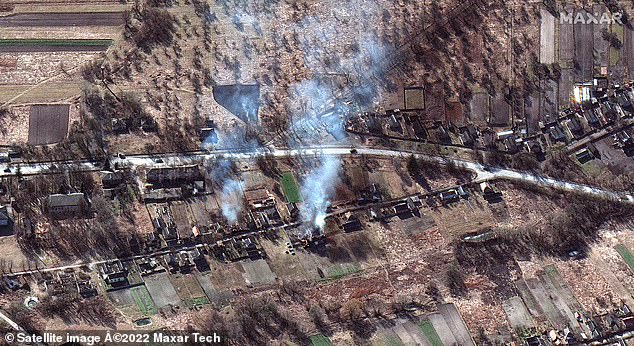 Charles Igbinidu is a Public Relations practitioner in Lagos, Nigeria
@https://twitter.com/ionigeria
Previous 2023: I’m A Youth, Says Tinubu As Clamour For A Young President Thickens
Next Arsenal reports a staggering loss of £107.3 million, raise season ticket prices for the first time in eight years