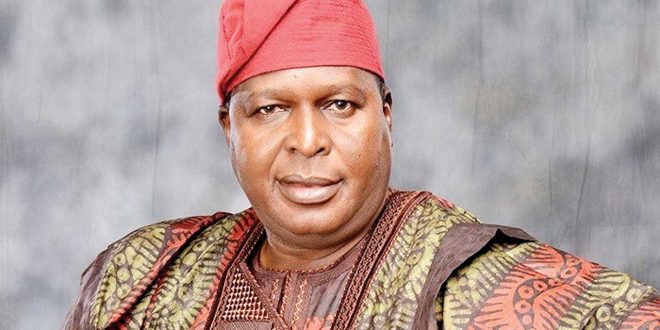 Justice Jude Okeke in a ruling ordered the Inspector-General of Police to arrest him and hand him over to the Nigerian Correctional Service in Kuje, Abuja.

Justice Jude Okeke in a ruling on the motion seeking an order to sentence Runsewe to prison for disobeying a court order of Dec. 15, 2017, held that Runsewe failed to establish his assertions.

The motion was drawn from a suit filed by Ummakalif Limited against Minister of the FCT, Federal Capital Development Authority (FCDA), Runsewe, NCAC and Minister for Culture and Tourism as first, second, third and fourth defendants.

“The court holds that the party cited (Runsewe) failed to establish what he asserted that the thatched roof of the applicant was removed and replaced in error by his agent, the contractor.

“This means the party cited violated court order of December 15, 2017, after form 48 (now form 99) was served on him reminding him of the need to obey the court order.

The court holds offenders for contempt to improve the rule of law rather than parties resorting to self-help.

“The act is not only insidious but also an attempt to denigrate the court and besmirch its mobility, aura, and responsibility. It is an abuse of office, arrogance, and disrespect for the law,” he held.

Okeke also ruled that the law provided that stern measures ought to be taken to serve as a deterrent for future occurrence not only by him but also by right-thinking individuals.

He added that the party cited had ample opportunity to retrace his steps and abide by the law but he chose otherwise.

Okeke further held that the dignity and the honour of the court could not be maintained if all orders were rejected, adding, “I find the party cited guilty of contemptuous disobedience to the order of the court as handed down by Justice Sadiq Umar on December 15, 2017.

“The court, therefore, sentences Olusegun Runsewe to prison at the Kuje Correctional Centre until he purges himself of the contempt of court order made on December 15, 2017.”

Okeke, therefore, ordered the Inspector-General of Police (IGP) to enforce the order and adjourned the hearing of the defendant’s notice of amendment of motion to March 16, 2020.