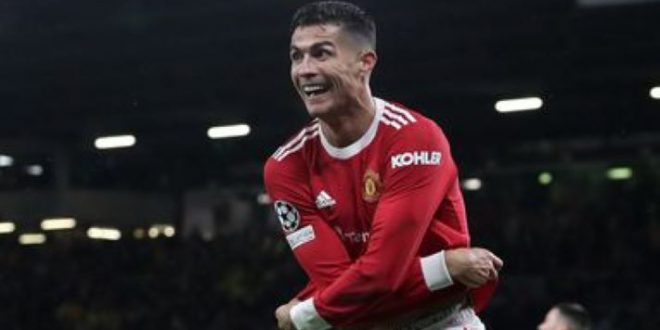 Cristiano Ronaldo is a “disgraceful influence” to young players at Manchester United and is “not good enough” to be playing in the Champions League.

That’s according to pundit and truth-teller Trevor Sinclair, who pulled no punches in his criticism of the Portugal international.

A report on Friday claimed Ronaldo has ‘begged’ United to ‘slap a transfer fee on his head’ to get ‘a live offer’ over the line ahead of the new season.

It is understood that the Red Devils have ‘refused’ and told the 37-year-old that he will be staying after they ‘balked at the suggestion they should simply release him on a free transfer because of what was described as his “loyalty” to the club’.

Ronaldo’s called bullsh*t on some of the claims, though it’s not clear which ones, but all reports claim he is still looking for the Old Trafford exit.

The striker has often been praised for being a role model to young footballers – presumably for the number of sit-ups he does rather than his consistent hissy fits and ability to divide dressing rooms – but Sinclair is having none of it, insisting he’s shown himself to be a “disgraceful influence” through his behaviour this summer.

“For me, he’s not earned the right to be in the Champions League this year because his team’s not been good enough,” Sinclair told talkSPORT.

“You know, you talk about good influences on young players, he has been spoke about in that way. Well, this is a disgraceful way to influence young players.

“Spitting your dummy out, saying ‘I want this, I want that, the club doesn’t matter, it’s all about my records’…”

And Sinclair used the example of Dimitri Payet forcing a move away from West Ham as an example of Ronaldo being treated differently to others who have downed tools.

The ex-Hammer claimed Ronaldo is “getting away with murder”, while other players have been “destroyed” for similar acts of betrayal.

He continued: “I remember when Dimitri Payet went on the same thing, it was in the papers that he’d gone on strike. They [the media] absolutely destroyed him.

“Where’s the equality when you talk about players and situations and demanding things?

“There were almost effigies being burned of Payet, and you look at Ronaldo and he’s getting away with murder!”