Chelsea owner  Roman Abramovich is furious with Real Madrid for going after Antonio Rudiger and could now pull the plug on any potential deal to bring Eden Hazard back to Stamford Bridge, according to reports in Spain.

Rudiger, 28, is set to enter the final six months of his current Blues contract and does not appear close to penning an extension.

As a result, the Germany centre-back will be able to secure a free move abroad at the turn of the year – and he has already entered initial talks with Madrid.

The Spanish giants are understood to have been in discussion with his brother and agent Sahr Senesie in recent weeks, with both parties coming to an informal agreement.

According to El Nacional, Madrid’s pursuit of Rudiger has not gone down well with Abramovich, who is ready to walk away from negotiations over Hazard as a result. 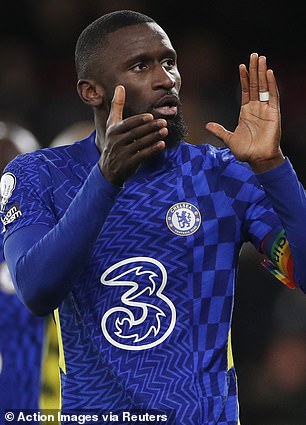 It is believed he has been entertaining the idea of an emotional return for the Chelsea legend of late, which was music to Florentino Perez’s ears given their desperation to move him on as soon as possible.

Hazard has failed to live up to expectations since securing a £130million switch to the Bernabeu in 2019, largely as a result of injury.

Approaching the the halfway stage of his third season in Real colours, he has still only racked up a total of 40 La Liga appearances for the club. 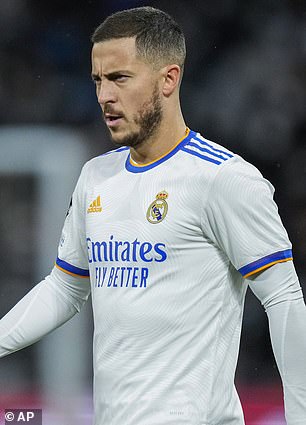 Abramovich could now snub a deal for Eden Hazrd

Despite his struggles, Abramovich appeared keen on bringing Hazard, who scored 110 goals in 352 games for Chelsea, back to west London at some point next year.

However, should Madrid manage to lure Rudiger to the Spanish capital, the Blues chief may well decide to snub a deal for Hazard out of spite.

Abramovich is also understood to be unhappy with Rudiger himself, as the defender has only not signed an extension after receiving more lucrative offers from Madrid and Bayern Munich.

Charles Igbinidu is a Public Relations practitioner in Lagos, Nigeria
@https://twitter.com/ionigeria
Previous Footballer Geovani Biancho dies after receiving a flying kick to chest in a friendly match
Next Pochettino: PSG have the quality to beat Real Madrid