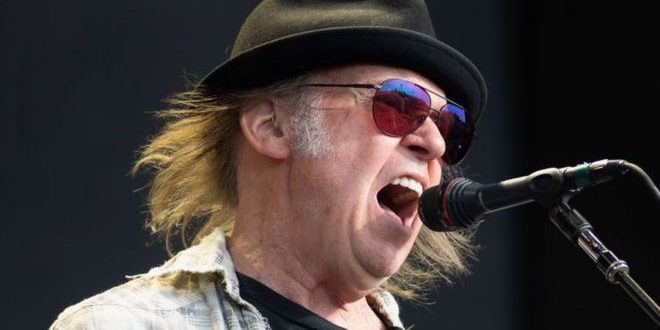 Neil Young is suing Donald Trump’s re-election campaign for repeatedly using his music without his permission.

The rock star says the US president breached copyright laws by playing his songs at political rallies and events.

The Canadian has objected to the use of Rockin’ in the Free World and Devil’s Sidewalk for what he called an “un-American campaign of ignorance and hate”.

The Trump campaign has not yet commented.

Young said he had complained about Mr Trump’s use of his music since 2015, but had been “wilfully” ignored.

The singer, who is now officially a US citizen after having lived in the country for decades, is seeking damages of up to $150,000 (£114,400) per infringement.

These include at a Trump rally in Tulsa, Oklahoma, in June, and the US president’s visit to Mount Rushmore in July.

“This complaint is not intended to disrespect the rights and opinions of American citizens, who are free to support the candidate of their choosing,” Young’s lawyers wrote in the filing, which was posted on the performer’s website.

“However, Plaintiff in good conscience cannot allow his music to be used as a ‘theme song’ for a divisive, un-American campaign of ignorance and hate.”

The 74-year-old has been inducted into the Rock and Roll Hall of Fame twice – first as a solo artist, and then with his old band Buffalo Springfield.

He’s not the only musician angry with the US president for having used their material.

Last month, The Rolling Stones warned President Trump that he could face legal action if he continued using their songs at his campaign rallies.

Mick Jagger and Keith Richards also joined artists including Aerosmith and Sir Elton John in recently signing an open letter calling on politicians to obtain permission before playing their music at campaign and political events.

According to music rights organization BMI, regular music licences issued to concert halls and other venues do not cover political rallies.

Political candidates must obtain a separate Political Entities Licence, which gives them access to 15 million songs. The Trump campaign does have such a licence.

But artists have the right to take their music off the list. The Rolling Stones have done so, although Young has not explicitly said whether he also has.