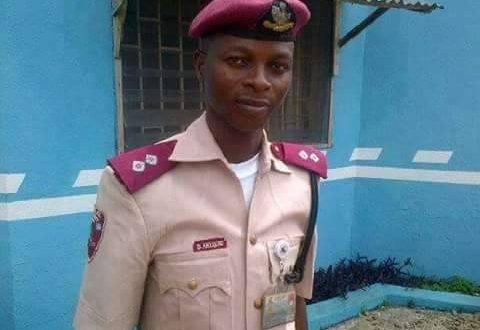 An FRSC Officer in Ondo State was killed in a road accident in Akure over the weekend, SaharaReporters reports.
Sehinde Abolusoro was crushed to death after a speeding driver lost control of his vehicle. The 36-year-old officer was killed on the busy Ilesa-Akure Express Road while on duty.

It was gathered that Abolusoro was crushed to death after checking and passing some vehicles. The deceased was the Deputy Route Commander (DRC) in the Ondo Sector Command.

A witness who confirmed this to Saharareporters, said the FRSC officer was crushed by the roadside and later lost his breath. “The driver, in full speed, was trying to avoid a big truck and in the process veered off his lane.

In that same process, he hit the officer that was standing almost by the roadside to control other incoming vehicles,” the witness said.