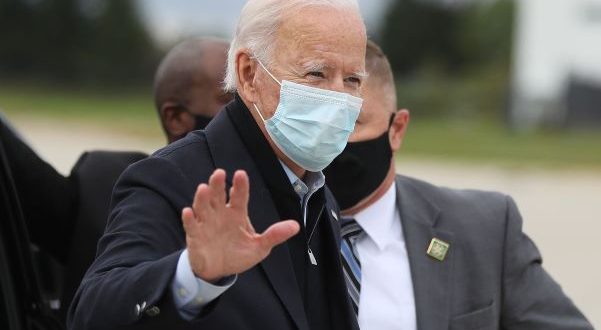 Rich Americans Are Protecting Their Fortunes From a Possible Biden Win

Advisers are urging them to transfer wealth to the next generation to take advantage of the Trump administration’s generous estate tax rules.

Wealthy American families are being told by their advisers that they should act now or risk losing millions of dollars later.

That’s in case Democrats win back the White House and U.S. Senate in November. Former Vice President Joe Biden has proposed substantially higher taxes on the rich, including making it much harder to avoid a 40% levy on large estates.

By transferring fortunes to the next generation now, the wealthy can exploit the generous estate tax rules ushered in by President Donald Trump.

Republican tax law changes in 2017 doubled the amount that rich families can pass on without paying the tax, to $11.58 million for individuals and $23.16 million for couples this year. Savvy advisers can protect much more from taxes using complex planning techniques — “loopholes,” according many Democrats — which the Trump administration has declined to ban

“We’ve been telling people: ‘Use it or lose it,’” said Jere Doyle, an estate planning strategist at BNY Mellon Wealth Management. “It’s the golden age of estate planning for a lot of people. We may not see anything like it again.”

If rich Americans wait and do nothing until the election results are clear, they risk missing their chance, advisers say. It takes time to set up trusts, decide which assets to give away, and appraise businesses and valuable possessions like art. After a Democratic sweep, planners and attorneys are expecting to be very busy.

“If there is a blue wave, people are going to be hard-pressed to even find lawyers who will meet with them,” said Edward Renn, a partner at Withers law firm. “There will such a flood of demand. That’s why we’re saying to people, ‘Come in now. We have time for you now.’”

Biden has yet to release a detailed tax plan. Instead, he has proposed various ways to raise revenue — almost exclusively targeted at the wealthy and corporations — to cover the costs of extra spending on health care, infrastructure and battling climate change. Moody’s Analytics last month estimated his tax hikes, including higher levies on corporations and individuals earning more than $400,000, would raise $4.1 trillion over 10 years. Lowering the estate and gift tax exemption to the 2009 level of $3.5 million would raise $267 billion.

The clock is already ticking for Americans with large estates. The 2017 tax law’s higher estate tax exemption expires in 2026, when it is slated to drop by half.

Some millionaires have worried about giving away too much of their fortunes to children and grandchildren. A popular option for these clients is the Spousal Lifetime Access Trust, which lets an individual pass wealth out of their estate but allows a wife or husband access to the money. Called SLATs, these vehicles “are the flavor of the day to say the least among married couples,” said Marshall Rowe, president of business owner services at the Colony Group.

For billionaires and the super-wealthy, transferring assets to the next generation is a no-brainer from a tax perspective. But many still resist giving up control of their fortunes, or procrastinate because they don’t want to face uncomfortable realities.

“A lot of people don’t want to do estate planning. It forces people to look at their own mortality,” said Michael Simmons, director of financial planning at Transitions Wealth Management in Denver. Especially in the realms of the rich, “people want to do things on their time schedule. They don’t want someone dictating to them.”

Even if Biden and Democrats win in November, rich Americans might have extra time to put plans in place. While Congress would have the option of imposing a retroactive tax hike to the beginning of 2021, lawmakers may wait until 2022 or later to change the rules.

Even so, rich Americans have non-tax reasons to transfer wealth soon. Low interest rates mean that the rich can loan assets to their children and grandchildren at ultra-low interest rates without triggering tax consequences. Also, the value of many private businesses has collapsed along with the economy. That makes it easier to pass on those businesses to family members without eating up their entire gift tax exemption.

“It’s a great time to transfer assets between generations,” Rowe said. “The combination of lower valuations and potential future tax increases is driving a lot of planning activity.”

Simmons warns his clients against overly complex estate plans. “Oftentimes estate-planning attorneys have a built-in incentive to make things more complicated than they need to do,” he said. “We try to pare that down.”

One relatively simple option for the wealthy is to loan the current exemption amount to a trust benefiting their heirs, or directly to their children, Renn said. Then, if Biden wins in November with a wide Democratic majority, they can simply write a letter forgiving the debt.

“There might not be much time to do much else,” Renn said. “What we’re trying to do is make sure that they have a lifeboat, that they have something in place.”

Charles Igbinidu is a Public Relations practitioner in Lagos, Nigeria
@https://twitter.com/ionigeria
Previous Coronavirus: Trump ‘no longer a transmission risk to others’ – Doctor
Next  Akeredolu re-elected Governor of Ondo State