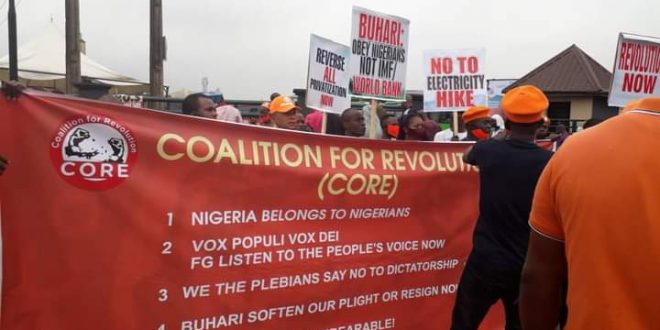 As the nation commemorates 60th independence anniversary, hundreds of protesters on Thursday stormed the streets of Lagos State to express their displeasure against bad governance in Nigeria.

The protesters, who marched from the streets of Ojota to Maryland in Lagos told newsmen that they were members of #RevolutionNow group led by  Omoyele Sowore, a former presidential candidate who was also part of the protest.

They were seen chanting songs of solidarity. 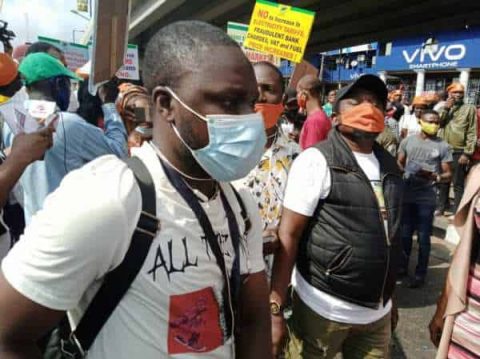 It was gathered scores of  protesters have been arrested by security operatives.

The #RevolutionNow group had in a statement before the protest called on President Muhammadu Buhari to resign.

The statement read in part, “The Coalition for Revolution is calling on all Nigerians at home and in the Diaspora to come out enmasse on, October 1, and participate in a massive peaceful protest to demand the reversal of anti-people policies implemented by the President Muhammadu Buhari-led administration. 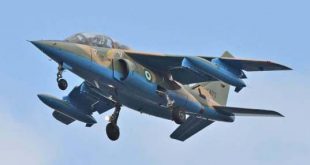