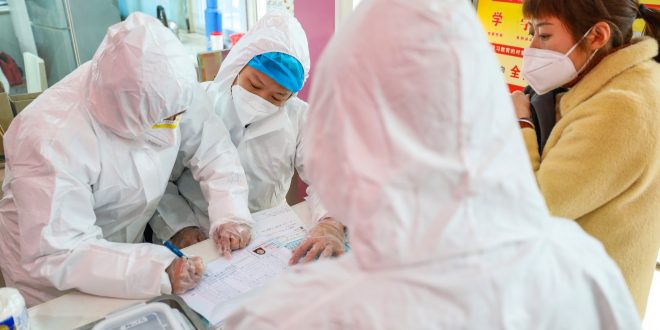 Revealed: Why the Italian Coronavirus victim is kept anonymous

Some Nigerians have been pondering why the name of the Italian with coronavirus has not been revealed by the authorities. This has even led to doubts by some Nigerians on the authenticity of the claim that there is an Italian in the country with the virus.

Investigations by ionigeria.com has revealed that non-disclosure of the names of victims is deliberate and not peculiar to Nigeria because; it is in line with medical protocol.

The Hippocratic Oath’, an oath of ethics historically taken by physicians does not allow it.

As a result, all over the western world, there has been silence on the names of people quarantined or that have died after being exposed to the virus.

Experts in public health and bioethics say that far from helping society, a decision to reveal the identities of those — dead or alive — who have contracted coronavirus would be a disaster with far-reaching ramifications.

“Doctors don’t out people,” says Jeffrey Kahn, director of the Johns Hopkins Berman Institute of Bioethics in Maryland, United States of America, which focuses on the ethical implications of scientific advancement. “Whether it’s HIV, syphilis, coronavirus or anything else, people simply won’t show up to their doctor if they feel they might be outed for a condition.”

Kahn pointed to the Hippocratic Oath, which explicitly states that a physician will “respect the privacy of my patients, for their problems are not disclosed to me that the world may know.”

Also, medical ethics ensure that an individual’s health records remain undisclosed to the general public long after their death.

“Just wanting to know something like who died from coronavirus doesn’t entitle you to know,” says David Magnus, director of Stanford University’s Center for Biomedical Ethics in California.

“There are far more deadly diseases that doctors see and don’t report publicly,” says Magnus. “Then it’s up to public health officials to step in, but they won’t tell people who you are.”

What officials are duty-bound to do in any sort of infectious case — whether it’s a sexually transmitted disease or tuberculosis — is referred to as “contact tracing” investigation. This piece of detective work involves finding out anyone who has been in contact with the infected patient and advising them of best next steps.

Finally, the refusal of the Federal and Lagos State authorities to reveal the identity of the Italy is in line with international best practice and medical ethics which requires physicians to protect confidentiality of their patients.