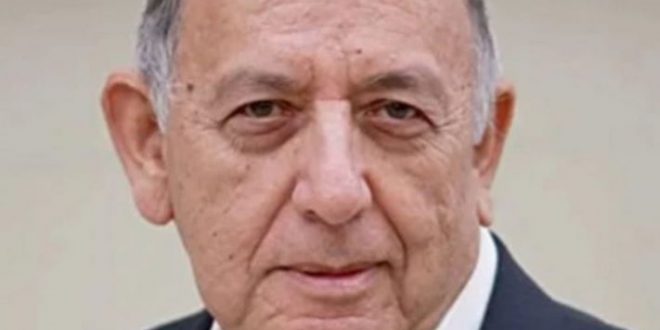 Captain Robert Salas claimed the US government tried to cover up the encounter (Image: AMAZON KINDLE)

A former US Air Force captain has claimed his team saw a giant UFO disable 10 live nukes at a top-secret base in Montana over 50 years ago.

Captain Robert Salas was the on-duty commander of a secret underground launch control facility when the alleged incident happened on March 24, 1967.

He said he was in charge of ten nuclear missiles and was 60ft underground when a UFO came over and hovered the facility.

The captain said all the guards saw the UFO and reported the incident to him – and then the missiles were mysteriously deactivated.

Captain Salas said: “While the object was up there we lost all ten missiles due to guidance and control failure.”

He added it was impossible that the ten nuclear missiles shut down at the same time because they were all running on independent systems.

He claimed the alleged “attack” implied a level of sophistication that no human could have been capable of at the time, The Sun reports.

He said the missiles went into a “no go” condition and even if he wanted to launch them, he could have not done so.

Captain Salas said: “This object, whatever it was, would have had to send a signal to each missile separately and disable the guidance system.”

He said he did not know why a giant UFO may have wanted to disable the missiles, but he believes it was “a demonstration by an object of extra extraterrestrial origins”.

He added: “I think it was simply a message to all of us on Planet Earth that we need to rid ourselves of nuclear weapons.”

Captain Salas said the base took a day to bring the weapons back online.

He also claimed the US government tried to cover up alien encounters over the years – not only in relation to the 1967 encounter but also for different incidents.

He said that after reporting the encounter to the squadron commander’s office, he was ordered to sign some documents to promise he would never speak about what happened.

He claimed there was “an immediate and ongoing cover-up” of this type of incident.

Charles Igbinidu is a Public Relations practitioner in Lagos, Nigeria
@https://twitter.com/ionigeria
Previous Former US secretary of state Colin Powell dies of Covid complications at 84
Next Woman, 70, becomes ‘one of world’s oldest mums’ as she welcomes first baby