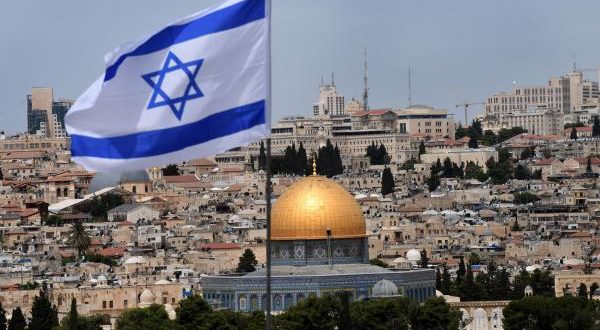 The Executive Secretary of the Nigerian Christian Pilgrim Commission (NCPC), Rev. Tor Uja has said that 100 Christian pilgrims absconded during the 2017 pilgrimage to Israel.

Uja, who made this known while receiving security report of the 2017 pilgrimage on Monday in Abuja, said that no pilgrim absconded in Rome and Greece.

The NCPC boss said that the 100 pilgrims who absconded were from five states in Nigeria, adding that a serving soldier, a police inspector and a lecturer were among the absconders.

He, however, did not disclose the states and names of the absconders, but tagged the states as “red flag”.

He said that pilgrims absconded during pilgrimage as a result of their colonial mindset.

He explained that as part of the efforts of the commission to check pilgrims from absconding, the commission has decided to increase the security surveillance during pilgrimage.

Uja said that Nigeria is a nation of the future while explaining that the coming together of Nigeria was beyond what the colonialists conceived, he said it was an act of God.

He stressed that one of the major responsibilities the Nigerian government has for its citizens was to provide adequate security.

As a part of the commission’s strategy to check defection of pilgrims while in the Holy Land, he explained that NCPC would intensify its screening mechanism to bring defection to an end.

Uja revealed that the commission has come up with stringent measures that would discourage pilgrims from absconding, such measures as blacklisting states withpenchant for abscondment, publishing the names of absconders and their guarantors in national newspapers, and prosecuting them eventually.

He urged Nigerians and particularly the youth to have confidence in the country.

He said the forum would make Christians go on pilgrimage and come back as better persons.

“It is time to make Nigerians know that our land is a land of great opportunities.

“We have more opportunities in Nigeria than in America and in Israel.

“We have better land than anywhere else, what we are going to get is a revitalisation to meet with the Lord Jesus Christ afresh and to have a revamping of our spiritual lives.