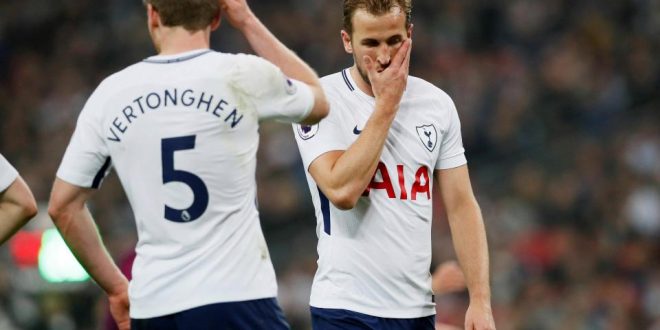 Tottenham could face a nasty surprise, even if they finish fourth this season

REVEALED: Chelsea and Tottenham could miss out on Champions League next season… even if they finish fourth

With Liverpool and Arsenal both gunning for European glory this season, Spurs and the Blues could be dealt a bitter blow.

With Manchester City and Manchester United officially in top tier of European football next seasons – and Arsenal officially out – it’s down to three teams fighting for two places.

Jurgen Klopp’s Reds lead the race at present, sitting third, but Chelsea and Tottenham are breathing down their neck.

But, even if one of the Blues or Spurs finish fourth they could still miss out on next season’s Champions League… here’s how.

Should Chelsea and Tottenham finish above Liverpool, with the Reds dropping out of the top four and Klopp’s men win the Champions League – and the Gunners win the Europa League – it’s curtains for the fourth-placed Premier League team.

In that scenario, England would technically have six teams “qualified” for Europe’s top tier.

However, Uefa only allows a maximum of five teams from one nation in the Champions League.

That would mean whichever team finished fourth – whether it be Chelsea or Tottenham – would still NOT qualify for Europe’s elite competition.

However unlikely the scenario, it’s certainly another spanner in the works for the Londoners chasing the top-four…

Liverpool are currently in pole position to reach the Champions League final after their 5-2 win over Roma in their semi-final first-leg.

Meanwhile, Arsenal are level at 1-1 with Atletico Madrid after one leg, with it all to do as they head out to Spain for the second-leg.

Should both win, one of Chelsea or Tottenham could be in for an awful surprise.