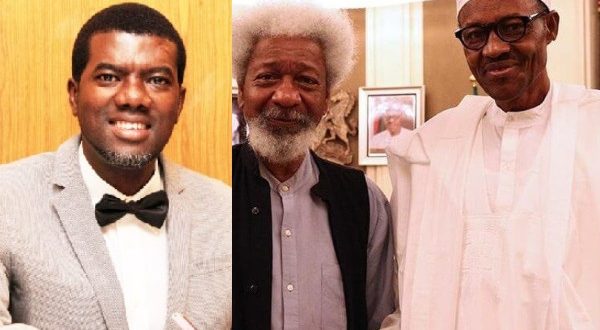 Reno Omokri backs Presidency on Wole Soyinka being a ‘blackmailer’

Reno Omokri, a known critic of the present administration pulled a surprise twist as he supported the Presidency on its claim of Prof. Wole Soyinka being a ‘blackmailer’, over the Nobel Laureate’s statement of the Buhari-led administration behaving like Abacha by arresting Omoyele Sowore.

LIB had reported earlier that the presidency through Mr Buhari’s spokesperson Garba Shehu, said Mr Soyinka and others who have condemned Mr Sowore’s arrest are blackmailers.

“You mentioned the name of Professor Wole Soyinka. Some of these critics of government are people whom we have great respect and admiration for. When things are going wrongly with law and order in the country, they say the Police are not doing their work. They raise their voices, asking that “the culprits to be booked and expeditiously punished in the most severe manner.”

“The police under a new leadership is now rising to the occasion, saying “we cannot take any more atrocities against the law in our country and they are saying don’t do anything. They are calling out President Buhari and comparing him to autocratic leaders.” This is an unpardonable blackmail that cannot stop Police and other law enforcement agencies from doing their work,” Mr Shehu wrote.

Yet, today, General Buhari is insulting Soyinka as a BLACKMAILER. Sometimes, you create your own MONSTER. I look at people coming to my profile to vent on behalf of Prof. Soyinka and it is obvious they are not conscious of the spiritual laws of SOWING and REAPING. As for the Wole Soyinka, how do you explain SEED time and HARVEST time to a man who does not even believe in God? If you want to know what Soyinka is turn your Bible to Psalm 14:1 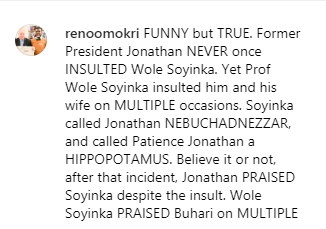