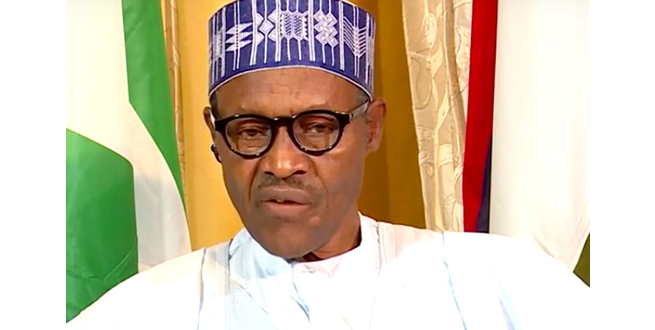 The Special Adviser/ General Manager of the Gombe State Environmental Protection Agency (GOSEPA), Alhaji Nasiru Haruna has confirmed and explained the reason behind the removal of posters and billboards of President Muhammadu Buhari on the streets of Gombe, saying he got the clearance from the Gombe State office of the Independent National Electoral Commission (INEC).
The opposition All Progressive Congress (APC) in the state had over the weekend, accused the ruling Peoples’ Democratic Party (PDP) government in the state, led by Governor Ibrahim Dankwambo of political persecution and infringement on their rights to political association.

The party, however, gave a 10-day ultimatum to the state government to return the billboards removed, after which APC said that its members have become more apprehensive of the political bias of the state government and the violence foisted on them by the State Marshals, which is likely to cause breach of public peace in the state.

But, the GOSEPA General Manager, who is also the Chairman of the State Task Force Committee on Environmental Sanitation and Other Related Matters, said the governor consulted extensively with INEC before the removal of the posters and billboards. “Please go to INEC and find out if it is already time for electioneering campaigns.

We have laws, and you can go and confirm from INEC. Before the government constituted this committee, I was fully aware that the governor had directed the Secretary to the State Government (SSG) to get some clearance from INEC before the committee was inaugurated.

I believe the government did it. So that question should be passed to the Resident Electoral Commissioner (REC) of INEC in the state, who will enlighten you more,” he said.

Nasiru added: “We have removed that poster and I am ready to exhibit it to you now, His Excellency directed that any joint poster should be removed. He has respect for the President and Gombe his constituency, but anybody who makes joint posters and place such without authority should remove those posters.

“It is not true that we are harassing the opposition party by removing their posters. Even, anybody, who join poster with the governor, we do remove their posters. If you want to contest under any party, do your own poster and follow due process.”

He said part of the mandates of the seven-man Committee on Task Force, include enforce or remove of any illegal or unauthorised bill boards, banners, notice boards, posters and their likes across the state.

Previous SARS Operatives Responsible For Series Of Kidnapping And Armed Robbery In Rivers State, Wike
Next For Failing To Retain The Title, Enugu State Governor Sacks Management Of Rangers FC