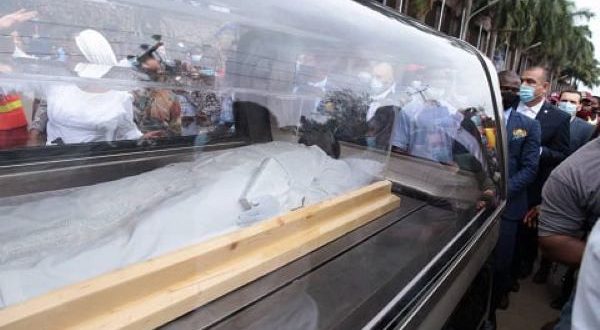 The remains of the founder of the Synagogue Church Of All Nations (SCOAN) Prophet Temitope Joshua, popularly called T.B. Joshua have arrived at the church premises.

His remain dressed in white arrived around 11am and was carried into the church in a glass casket. 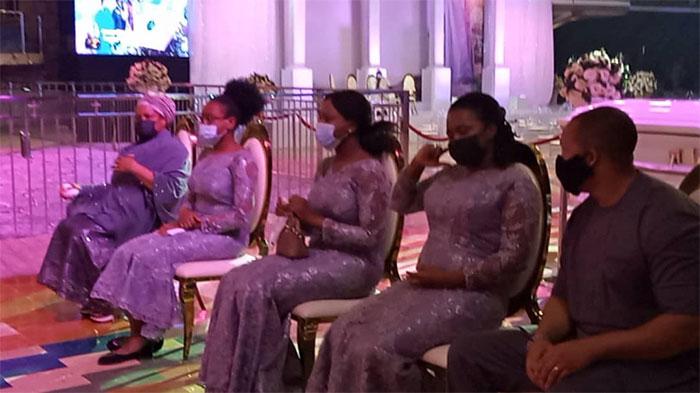 A large crowd besieged the church to witness the lying-in-state and interment in honor of its late founder.

Many church members and sympathisers who all wanted to catch a glimpse of the late founder maintained a long queue before they gained entry.

T.B Joshua’s son-in-law, Bryan, and his daughters Serah, Promise, Hart as well as his wife Evelyn were present at the lying-in-state service. 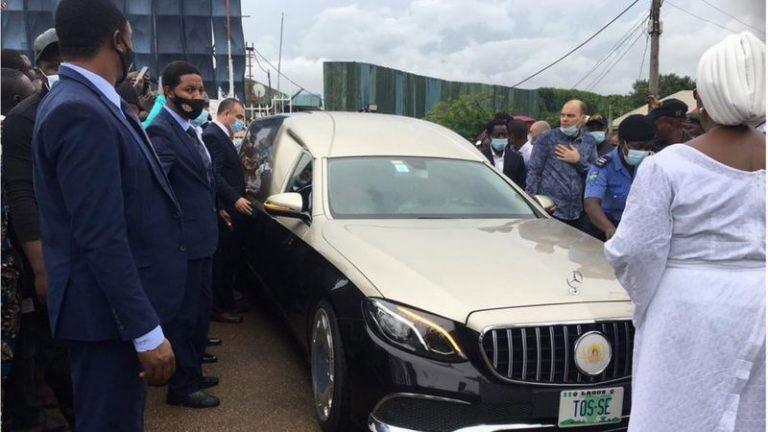