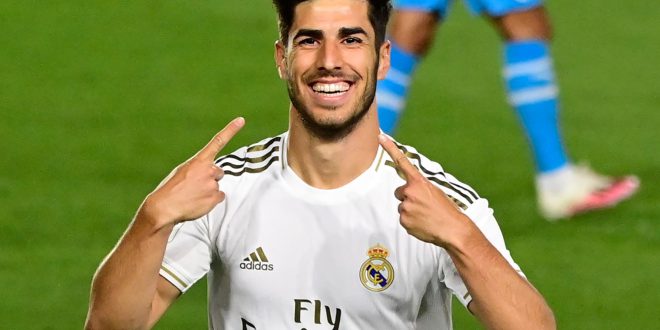 Real Madrid star Marco Asensio could be heading to Old Trafford if reports are to be believed.

The 26-year-old has played 160 games for the Spanish giants since 2014, not including two loan spells to Mallorca and Espanyol.

The winger has contributed to many trophies in that time, including three La Liga and three Champions League titles.

According to reports from Marcos Benito of El Chiringuito TV, super agent Jorge Menges is urging the player to join Manchester United.

If the deal were to transpire, Asensio could help bridge the colossal goalscoring gap between Manchester United this season (57) and the likes of Manchester City (99).

The Spaniard could prove useful for the Red Devils, with his coveted ability to play on either wing.

With the player only achieving 19 starts last season, he may want to take a chance signing for another club in order to improve his chances of breaking back into the Spanish National Team.

He has not played a game for his international side since 2020 in a friendly against the other country he shares his citizenship with, The Netherlands.

With the loss of Edison Cavani this summer, United could benefit from an added goal threat. The Real Madrid star has netted 28 goals for the Spanish side.