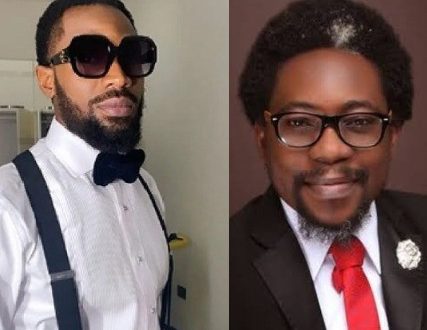 DBanj has taken to his Twitter handle to challenge activist, Segun Awosanya aka Segalink to say the truth concerning the controversies surrounding the rape allegation leveled against him by a lady, Seyitan Babatayo.

Recall that on Friday, July 3, Segalink took to Twitter to condemn the ”vicious and hateful approach of BMC & e-Feminists” on the case which he said is at the expense of Seyitan’s wellbeing. He alleged that the “malicious interest group” erroneously believe that Seyitan’s reluctance in taking their orders, was connected to him. Read here. 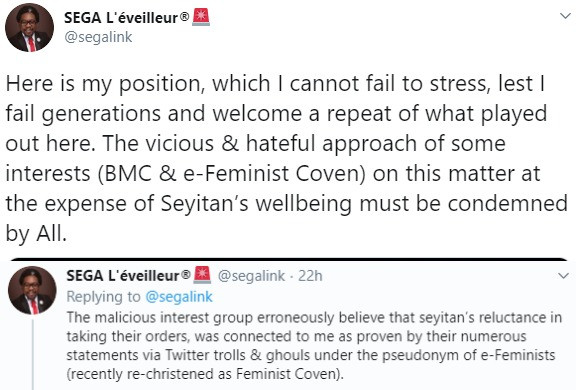 On Saurday July 4, DBanj tweeted at the activist to go ahead and tell the true story of what happened. He asked Segalink to mention the names of the persons who told him Seyitan was allegedly abducted after she accused him(Dbanj) of rape.

See his tweets below.. 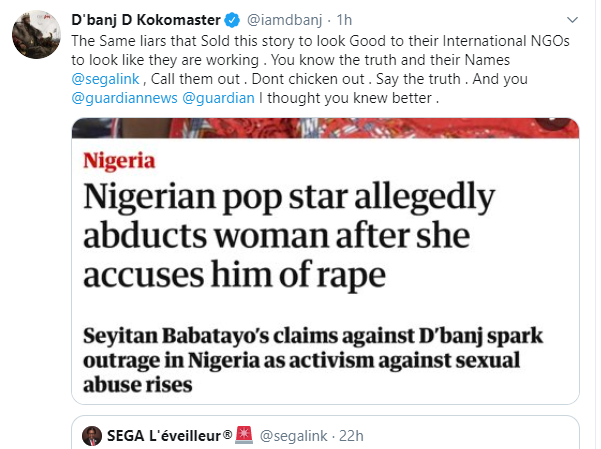 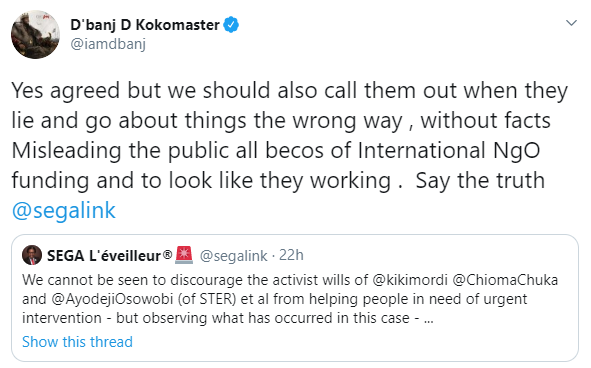