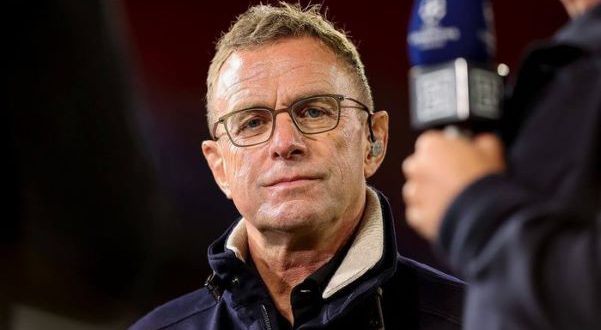 Manchester United have moved to appoint an interim coach, with an agreement reached between the club and Ralf Rangnick for the former Schalke coach to take charge at Old Trafford until the end of the season.

The 63-year-old, who is seen as the ‘godfather’ of modern coaching in Germany, is leaving his job as head of sports and development at Lokomotiv Moscow to take up the role.

Michael Carrick‘s spell as caretaker coach will come to an end after the clash with Chelsea at Stamford Bridge on Sunday, with work permit formalities preventing Rangnick from taking charge before then.

In a story published by The Athletic, Rangnick has reached an agreement that will release him to work at Old Trafford for six months, and then he will take up a consultancy role with power over club decisions, for two years after that.

This move is similar to the power he held at Lokomotiv Moscow, with his consultancy company having been employed by the Russian club.

It’s reported that an agreement is subject to Lokomotiv Moscow being willing to release him from his obligations to the Russian club, although that isn’t thought to be a problem.

Just which direction the club plans to move in during the summer is unknown, although the presence of Rangnick in theory will allow a style and pressing culture to be installed prior to the new coach’s arrival.

Rangnick is credited with the rise of German football after the millennium, with the country totally shifting its focus away from the methods which worked whilst the country was split between East and West, and looking towards a more modern approach.

Julian Nagelsmann, Jurgen Klopp and Ralph Hasenhuttl are all coaches who have adapted their own style from Rangnick‘s teachings, and Manchester United fans will also look to his incredibly successful record as a director of football at RB Leipzig as a fleeting piece of hope for the future.

With that being said, the pressure is on immediately with the German’s first match in charge likely to come in the Premier League against Arsenal, and Rangnick will be aware that he will be under scrutiny like never before in his career.