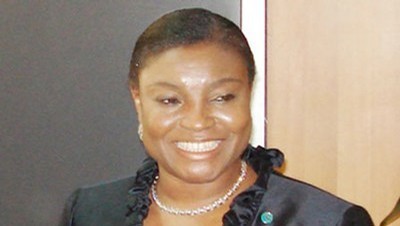 The marginal improvement in power supply in some parts of the country has been attributed to increase in power generation occasioned by the raining season.

This was disclosed on Monday by the Managing Director of Benin Electricity Distribution Company (BEDC), Mrs. Funke Osibodu, She spoke on the heels of the 7th Monthly Power Sector and Stakeholders Meeting taking place in Benin City.

Among the participants of the meeting is the Minister of Power, Housing and Works, Mr. Babatunde Fashola.

Mrs. Osibodu informed newsmen in Benin City that the hydro stations in the country were working to full capacity because of rising water level while also stating that the activities of the Niger Delta Avengers affected gas supply and the dry season led to low power generation.

According to her, “Our ability to deliver power depends on generation. We have two sources of power generation. Gas and water. During the dry season, the hydro power stations were shut down.”

“The hydro is picking up in the absence of gas. We do not store power. When there is no generation, there would be no distribution.”

Addressing some members of the Edo State Civil Society who went to the venue of the meeting to protest over poor power supply and non-provision of meters by BEDC, Fashola appealed to them to be patient with the new investors as according to him, three years was not enough to address problems in the power sector.

The former Lagos State Governor said the situation in the power sector was not a hopeless one.

He expressed optimism that power situation in the country would improved if the Azura Power project is delivered on scheduled.

“The power plant in Ihovbor, we have four turbines there, only one is working and that is not BEDC’s fault, they don’t just have gas to power it so there are three idle plants there because they don’t have gas. I went to Azura, they are working there.”

“Not less than 12 solar developers and promoters have come around to gives us their commitment to a more competitive price regime. I had said before now that it was difficult and impracticable to have a solar tariff at 17 cents per kilowatt power but the cheering news as a result of further interactions, innovations on the side of the developers, private sector and government, the new tariff of 11.75 cents has been reached which amounts to about N23 per kilowatt”

“That is the first good news in terms of a major need for incremental power which we will be of benefit to the entire value chain. The Azura power project is on course it is on schedule and therefore if it stays like that, the expectation that we will get more power remains positive.”