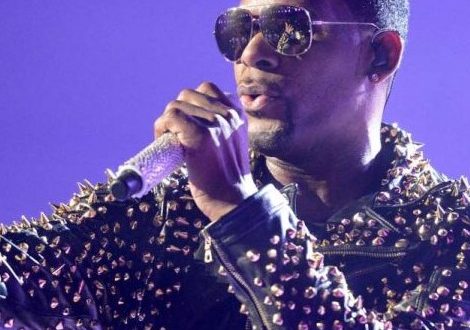 R. Kelly was arrested in Chicago Thursday night on 13 new federal charges including child pornography and obstruction of justice.

The United States Attorney’s Office for the North District of Illinois confirmed the R&B singer has been indicted by a federal grand jury on 13 counts of child pornography, enticement of a minor to engage in criminal sexual activity and obstruction of justice.

Kelly’s publicist originally confirmed that the singer had been arrested on charges of sex trafficking as originally reported, but the U.S. Attorney’s Office said that was incorrect.

Kelly’s publicist said he will be holding a press conference with more information Friday morning.

The singer is in federal custody in Chicago.

The indictment was returned by the federal grand jury Thursday afternoon, and he was arrested around 7 p.m. No exact location of the arrest was provided.

Kelly’s attorneys could not immediately be reached for comment Thursday night.

Kelly was also charged with 11 counts of sexual assault in May. The charges are more serious than the ones that were leveled against him in February.

Kelly pleaded not guilty to these charges in a June court hearing.

The May charges follow earlier allegations the singer sexually assaulted four women, three of them minors. These latest charges in the case center on one of those victims, identified as JP.

According to the indictment, R. Kelly engaged in sex acts with JP in January 2010 “by the use of force or threat of force and … acted in such a manner as to threaten or endanger the life of JP.”

Kelly was indicted on 10 counts of aggravated criminal sexual abuse in February. Prosecutors have said Kelly sexually abused four females, including three underage girls. Kelly allegedly had a witness make sex tapes of him having sex with one of the females, a 14-year-old girl.

Allegations of Kelly’s sexual abuse go back decades and have prompted a recent nationwide protest called #MuteRKelly to boycott his music, in the wake of a Lifetime documentary, “Surviving R. Kelly,” featuring interviews with the music artist’s alleged accusers.

In 2008, Kelly was acquitted of child pornography charges connected to a videotape of him allegedly having sex with an underage girl. It took six years from the time Kelly was charged with the offense to the end of the trial. It took the jury less than a day to deliberate.

Charles Igbinidu is a Public Relations practitioner in Lagos, Nigeria
@https://twitter.com/ionigeria
Previous Nigeria defeats Switzerland at International Tribunal
Next Ministerial list: I will only appoint people I know – Buhari