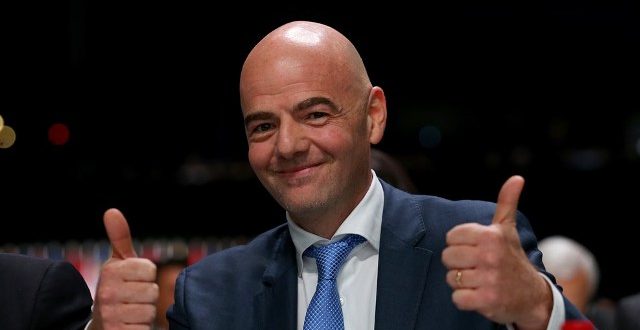 This was after his team felt the positive and negative results of the Video Assistant Referee (VAR) system being tested at the Confederations Cup in Russia on Sunday.

In beating Cameroon 2-0 in their opener at the Spartak Stadium on Sunday, Chile had a ‘goal’ disallowed on the stroke of halftime.

It happened in a contentious decision where the VAR decided Eduardo Vargas was offside when he scored.

But another referral by the referee at the end of the game saw Vargas get his name on the scoresheet after he netted again.

Initially his effort was ruled offside only for the goal to then be awarded after being reviewed.

“I think this system needs time. If I understand it correctly, we are trialling the system right now and there are maybe doubts because we are used to other situations in football,” said Pizzi.

“I think we have to wait and see and maybe as we start getting use to it, it will get better,” he told a news conference after the opening Group B game.

“Having our goal at the end of the first half disallowed created stress for the players because they were not used to such a situation. But, on the other hand, technology in the end will probably mean more justice in the game.

“The only negative about today’s incident with the VAR was that it is difficult for the players focusing in the game to absorb, and even if it is the right decision it has an impact on their psyche.”

Arturo Vidal made a strident protest to the match officials as the teams went off at halftime but later said his histrionics were in the heat of the moment.

“It’s the first time we have played with this new technology and it’s true while out on the pitch you are concentrating so that when it happens against you, it’s difficult to comprehend.

“FIFA explained it all to us before the match but, even then, it was not easy to accept it was an offside goal. But in the end we accept it was a fair decision and this system is going to be useful,” he added.

Under the VAR system, the referee can communicate with two video assistant referees sitting in a room in the stadium with access to all camera channels.

They look at goals scored, penalty kicks awarded, straight red cards and cases of mistaken identity, when a player given a yellow or red card is not actually involved in an incident.

The VARs are allowed to correct the referee while the match official can refer decisions to them for a review.

Football’s law-making body IFAB is expected to decide in March whether to authorise the use of VARs on a permanent basis.(Reuters/NAN)