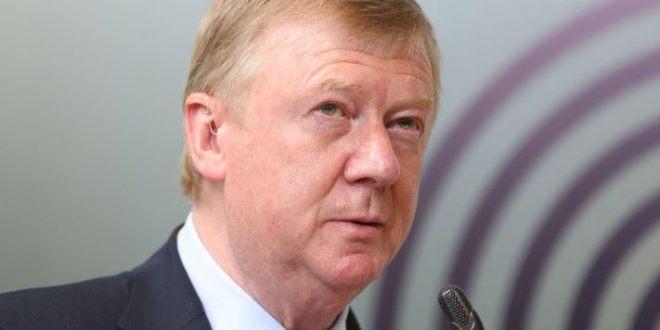 Chubais, who became a prominent economic reformer after the fall of the Soviet Union, resigned and fled in protest over Russia’s unprovoked invasion of Ukraine, becoming the most senior Russian official to do so, Bloomberg first reported.

In the 1990s, Chubais oversaw the privatization of the Soviet Union’s assets, giving rise to Russia’s class of ultrarich oligarchs, according to the Washington Post.

In December 2020, Putin appointed Chubais as special envoy for relations with international organizations for purposes of reaching sustainable development.

Peskov said Chubais resigned “of his own free will,” but did not speculate on the reasons behind his resignation.

“This is his own business,” Peskov told the Interfax news agency.

Chubais’s resignation and departure came roughly a week after Putin gave a venomous warning to those who oppose the invasion, describing them as “traitors” and “scum” and calling on Russians “to spit them out like a midge that accidentally flew into their mouths,” according to Reuters.

Russia’s Kommersant newspaper published a photo of Chubais recently withdrawing money from an ATM in Istanbul.

The resignation Anatoly Chubais, a Kremlin special envoy and adviser to Vladimir Putin is “encouraging” but is unlikely to shake the Russian president’s firm grip on power, a Western official has said.

The official said the departure of Mr Chubais, the architect of Russia’s post-Soviet economic reforms who once served as former President Boris Yeltsin’s chief of staff, was a “significant statement” – but that he was “relatively high up on the list” of people who might make such a step.

“I think it’s encouraging that there are senior members of the Russian political class that are doing such things, but it doesn’t lead me to a conclusion that this is in any way undermining the security of Putin and his regime, given the iron grip that he holds together with those at the centre of his power,” the official said, on condition of anonymity.

“But nonetheless, I think it is an encouraging statement that such a figure would make this move.”