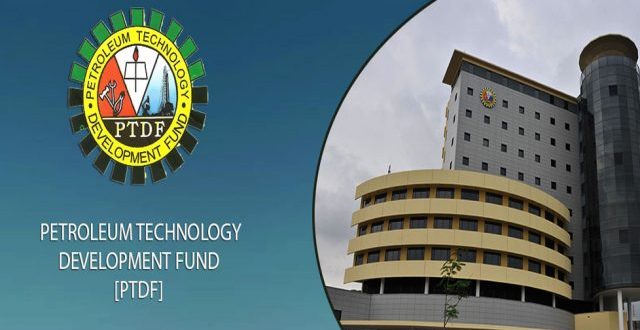 PTDF Scholarship Awardees Cry Out After 11 Months Abandonment by Management

The 2016/2017 Petroleum Technology Development Fund (PTDF) scholarship awardees have cried out over an alleged abandonment by PTDF management for over 11months.

In a statement released on Wednesday, the students lamented that in the last 330 days, neither their grant nor stipend has been paid by the management of PTDF while adding that, some students have been forced to look for other avenues to raise fund to pay for their tuition fees.

They expressed displeasure that their colleagues who are studying abroad are being catered for while they that have chosen to study here in Nigeria are abandoned.

“Last year we rejoiced with our families and colleagues when we were shortlisted for this scholarship. As awardees of the prestigious PTDF scholarship, we felt welcomed and proud to be among the brightest minds during the three day (15th-17th July, 2016) induction ceremony held at the PTDF towers in Abuja.

“We were mandated to secure admission into any Nigerian university and tender copies of the admission letters to PTDF before the scholarship could take effect. Some of the Postgraduate beneficiaries had to source out for loans to settle their tuition fees for 2016/2017 academic session in anticipation for a payback with the PTDF grant but to our shock nothing has been paid for the last 11 months and already PTDF management is making efforts for the 2017/2018 scholarship aptitude test. We are currently threatened by our individual schools not to allow us write exams, defend proposals and projects.

“We will like to state clearly our displeasure to how we have been neglected by PTDF management. This is exactly about 330 days and we are tired of the unfulfilled promises by the management. PTDF management has made all possible efforts to pay our colleagues that were sent abroad for their master’s degree (OSS scholars); their payment of school fees has been made and their stipends all paid. If we look at the amount PTDF spend on one OSS Scholar is enough to cater for 20 LSS Scholars, probably because the management don’t want to be disgraced internationally thereby, all efforts are put in place to meet up to their demands.

“We were told along the line that it is because of the CBN policy on TSA, but we all know that it is easy to process domestic funds transactions than oversees transaction and we are tired of several futile documentation process. The LSS Scholars have virtually done at least three or more documentation on different occasions just for this scholarship, this can only mean that PTDF has no database or something is fishy somewhere. We will recommend that the management should recruit new brains that can design a good database for them.

“We will quote a statement made by the Executive Secretary, Dr. Bello Aliyu Gusau, “He said however that PTDF will not succeed in the attempt to domesticate its training activities without a solid partnership with the universities in order to sustain the quality and integrity of the academic training programmes offered to the students. According to him overseas scholarship scheme is not sustainable therefore they will put more efforts to sponsoring and developing local content. We will categorically state that this is but a public statement, because if the management actually is serious with what they said on media, we will not be calling the attention of well-meaning Nigerians and the presidency.

“Finally if the management are not set to pay our funds they should come out to the public and declare that they have cancel our scholarship and state reasons and let every poor Nigerian know that the country has no capacity to sponsor his/her education in any way.” The statement read.