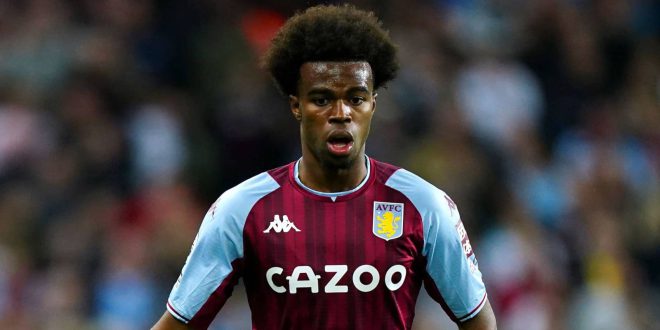 The Qatari-backed French giants are now vying with Barcelona for the 18-year-old’s signature after Aston Villa stirred up a hornets’ nest this week. Chukwuemeka was left at home by Villian’s boss Steven Gerrard as the squad left for Australia ahead of the inaugural Queensland Champions Cup.

That has sent out the message that the Midlands’ giants are keen to cash in on one of their prized assets. And now moneybags PSG have also beaten a path to his agent’s door and want to discuss the terms of any prospective deal.

Barcelona remain in the driving seat – they signalled their intentions long ago as Carney indicated he would not be re-signing a contract that has 12 months to run.

But now the ambitious French side have sprung into action and the teen ace – who won the European Championships with England’s Under-19s recently – has a decision to make.

Chukwuemeka – referred to primarily by his first name as Carney – has rejected Villa’s overtures so far and has been the subject of a contract stand-off for the past six months.

He was given an extensive taster of life in the Premier League last term as Gerrard tried to convince him that he would be given an opportunity to shine.

But it appears the relationship between player and club has become strained and Villa will now be tempted to cash in.

Chukwuemeka can sign a pre-contract agreement with any foreign club in January – and that will leave the former European Champions without a hefty payday.

They can try to off-load the attacking midfielder now – or else they run the risk that in 11 months’ time he will leave – and they will just receive development costs from the player’s next employers.