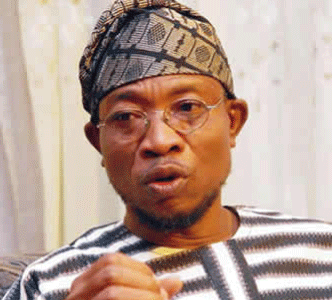 Hundreds of supporters of Alhaji Fatai Oyedele, an estranged chieftain of the All Progressives Congress in Osun State, who is popularly known as Diekola, protested the invitation of the  politician by the police in Osogbo on Monday.

Diekola, who is no longer in good terms with Governor Rauf Aregbesola, had some months ago vowed to send the governor back to Lagos State after the expiration of his tenure in 2018.

The politician was said to have been invited about three weeks ago but he said he was ill and he went straight to the police headquarters on Monday afternoon after being discharged.

But as he was being driven to the police headquarters hundreds of his supporters trooped out and followed him, chanting solidarity songs.

Diekola was arrested alongside some  of his supporters, who followed him to the police headquarters and he was arraigned immediately at the Magistrates’ Court.

There was a drama at the court as the politician, who was brought to court  at about 3pm by heavily armed security personnel, was also followed to the court by a large crowd of his supporters.

After waiting for about one and a half hours in the courtroom, one of the court clerks revealed that the magistrate declined the arraignment but the clerk did not give the reason for the magistrate’s action.

Following this, the security personnel, who brought Diekola to court, whisked him back to the police headquarters.

His supporters, who had waited outside the court premises, hailed their political leader as the police whisked him away.

Counsel for Diekola, Mr. Kola Onifade, who spoke with journalists on the court premises, said his client was invited three weeks ago but he could not honour the invitation because of his health challenge.

Reacting, Aregbesola warned residents of the state against resorting to disruption of public peace.

The Commissioner for Information in the state, Mr. Adelani Baderinwa, gave the warning on behalf of the governor in a statement issued on Monday evening.

“Government particularly condemned the lawless actions of an unscrupulous individual in the early part of today whereby he attempted to disturb the public peace to which the police promptly responded and curbed the marauders actions.

“It is the view of the government that no individual, including politician of whatever hue, has the right to cause commotion in the public because such is against the rule of law. As a government that believes and acts in accordance with the rule of law, the actions of the police in preventing breakdown of law and order are well supported and a welcome development.”