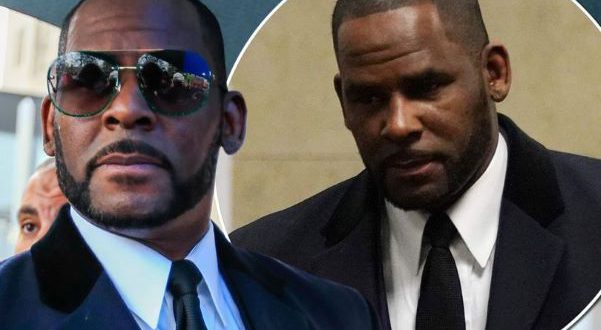 Closing arguments are under way at R Kelly’s abuse trial in New York, after the singer decided not to testify in court.

Kelly vehemently denies racketeering and other charges accusing him of sexually abusing women, girls, and boys during the course of his 30-year-career.

The defence only called a handful of witnesses across two days, compared to the dozens called by the prosecution in the previous weeks of the trial.

Kelly, 54, said on the record he would not testify at his own trial, as is his right, which would have put him in the witness box and available for cross-examination by lawyers.

The prosecution, led by assistant US attorney Elizabeth Geddes, said in closing the government had proved Kelly had told those around him to target, groom and exploit girls, boys and young women for his own sexual gratification.
Six weeks of testimony from more than 45 witnesses and other evidence “showed he did just that”, she said.

Ms Geddes added that Kelly ruled his enablers with an iron fist, meaning he could get away with sexually abusing his victims.

Speaking to the jury, she said that the R&B singer’s assistants, drivers, bodyguards, and others employed by him made up a criminal enterprise, which resulted in the federal racketeering charges against him.

Ms Geddes said that Kelly had hid his crimes in “plain sight” by wielding his “money and public persona”.

A lawyer for Kelly is expected to also present a closing argument.

On Tuesday, artist Da-Ni spoke as a defence witness, and claimed he had known Kelly since 2005, saying he shadowed him in the studio and at concerts, in order to “observe, learn and become.”

He told the court that he had never seen illicit activity by the singer towards the alleged victims.

Other defence witnesses made similar claims, with lawyers attempting to paint the alleged victims as star-struck fans whose relationships with Kelly did not work out.

Among the claims made by prosecution witnesses were that he gave a 17-year-old girl herpes “on purpose”, and that he sexually abused a teenage boy after asking him what he was willing to do to get into the music industry.

Kelly was also accused in court of marrying the singer Aaliyah when she was just 15, with claims that a former manager obtained a fake ID to make the wedding happen.