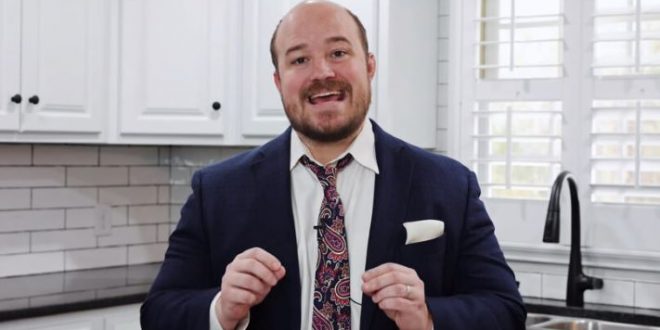 Jeremiah Johnson, an evangelical Christian who predicted that former President Trump would win reelection in 2020, is ending his ministry.

Johnson said he did not make the decision lightly, writing in a Facebook post that he ended Jeremiah Johnson Ministries “after much prayer and the clear direction of the Lord,” according to The Washington Post. The post has since been deleted.

The move comes after Johnson faced backlash from fellow evangelicals after he apologized for prophesying that Trump would win the 2020 election, according to the newspaper.

The move also comes in the middle of a YouTube series titled “I Was Wrong,” during which he stated that the country must come together and not dwell on the 2020 election.

“We need to recognize that God is up to something far greater in the prophetic, charismatic movement that I believe is beyond what many even recognize. We need to stop, we need to take a breather and we need to come back to a place where we can begin to dialogue about these issues rather than be so triggered,” he added.

Following the announcement, Johnson has deleted all social media accounts associated with his ministry and has started a new website called The Altar Global.

“Our mission according to Revelation 22:17 is to help prepare the Bride of Christ for the return of our glorious Bridegroom King Jesus. We have been instructed to prepare an Altar for the Wedding day,” the website says.

The organization is going to host a yearlong program for students so they can learn “the lifestyle of an end-time messenger and the return of the Lord.”

Johnson in 2015 was one of the first evangelicals to take Trump’s candidacy seriously and build a following online, according to an article from The New York Times, the Post reported.

Throughout his presidency and the 2020 election, Trump maintained a high level of support among evangelical Christians. In October, less than a month before the Nov. 3 election, Trump held the support of 78 percent of white Evangelicals, according to a poll from the Pew Research Center.