A property portfolio worth an estimated £17million purchased with “dirty money” by a drugs trafficking gang has been seized and sold following an investigation lasting more than eight years.

The National Crime Agency (NCA) carried out four connected civil recovery investigations into dozens of properties suspected of being financially linked to a group of heroin dealers operating out of east Birmingham.

The inquiry, which initially began in 2011, ran alongside a separate criminal investigation which led to three of the gang’s ringleaders and five associates being jailed for a total of 139 years at Birmingham Crown Court in 2017.

In all, the NCA uncovered a spider’s web of 59 properties, including industrial premises, terraced houses and even one commercial unit which had been turned into a gym, mainly in the West Midlands.

There were also three properties in the seaside town of Bangor, Northern Ireland.

The vast majority of the remaining properties were lets, with another 34 separate addresses in the Selly Oak area of Birmingham – popular with students studying at the nearby University of Birmingham.

In some cases, the gang seems to have set its sights on “buying up roads, almost”, an NCA official said, owning five or six houses in three different Birmingham streets in Selly Oak.

None of the addresses were purchased in the names of the criminals, but were each proven beyond reasonable doubt before a High Court judge to be purchases linked to the proceeds of drug importation and supply, fraud and money laundering.

There is no evidence any of the owners of the seized properties themselves were involved in any criminal activity, the NCA said.

All the addresses seized have now been sold or are being sold, with the proceeds split between the Treasury and the NCA, where it is used to help the continuing fight against serious organised crime.

The NCA started looking into the gang’s dealings after a referral from the Police Service of Northern Ireland in December 2011, with the final recovery order on the last two properties, both in Birmingham, being made last year. 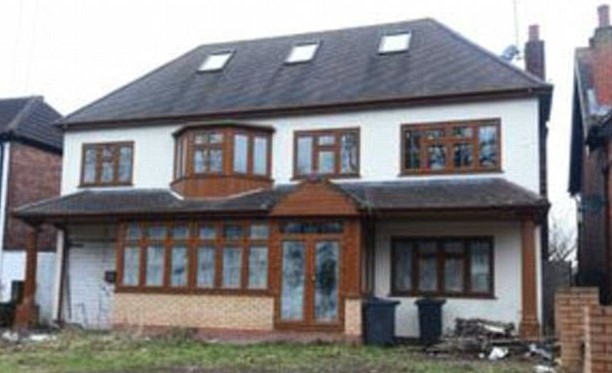 After a court case, eight men including Ameran Zeb Khan, and his fellow ringleaders, Mohammed Ali, and Sajid Hussain, all from Birmingham, were jailed in July 2017.