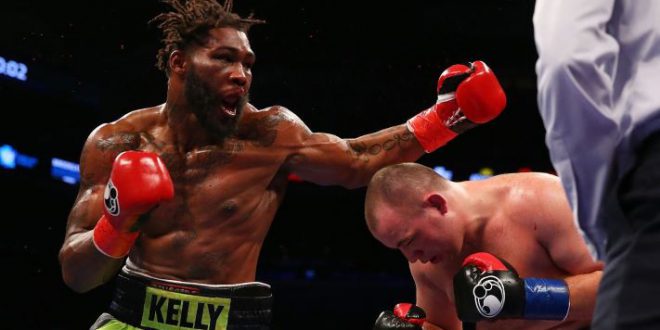 Professional boxer Danny Kelly Jr was killed in front of his girlfriend and three kids on Christmas Eve.

Authorities in Maryland in the United States of America where the event took place are currently looking for more information on the shooting, which is being considered as a possible road rage incident.

The 30-year-old boxer, who held a 10-3-1 professional record, was driving his family to a pre-Christmas dinner when he was fatally shot in the Temple Hills area of Maryland.

Kelly Jr was killed at about 4:40 p.m. on Friday, Christmas Eve, with his girlfriend in the car as well as his children aged 4, 7 and 9.

“Patrol officers were called to the 4400 block of St. Barnabas Road in Temple Hills,” a statement from the Prince George’s County Police Department.

“They discovered Kelly unresponsive in the driver’s seat of an SUV suffering from gunshot wounds. He was pronounced dead a short time later at a hospital.

“Preliminarily, it appears the suspect’s vehicle pulled up next to Kelly’s SUV and someone inside opened fire – no one else in Kelly’s SUV was injured.

Kelly’s biggest fight of his professional career was against Adam Kownacki, to whom he lost the unanimous decision at the Barclays Center in Brooklyn, New York.

The pair fought on the undercard of Deontay Wilder’s world title defence against Artur Szpilka in 2016, which was famous for the first in-ring meeting on Wilder and Tyson Fury.

The motivation for the killing has yet to be officially confirmed, with police still looking for leads.

“This is an absolutely heartbreaking loss for Mr. Kelly’s family and friends,” police said.

“He is not home with his loved ones today on Christmas who are now mourning his loss instead of celebrating the holiday.”

And his family have spoken out about how he will be remembered, with his cousin saying the killer took “a big piece of his heart.”

“I still can’t believe that he won’t answer my call,” Kelly’s younger cousin, Brian, told local news station WUSA9. “Which is crazy because I was just with him.

“You [the shooter] really took a big piece of my heart I thought I never had.

“I swear you crushed me.”

And his godmother Bernadine Walker expanded on the thought, saying he was a fantastic dad to his three children.

“He was a wonderful dad,” she told the news station. “He loved his babies.

“He loved his children.”