Home / News / International News / Prince Andrew settles with U.S. woman who says she was trafficked to him by Jeffrey Epstein 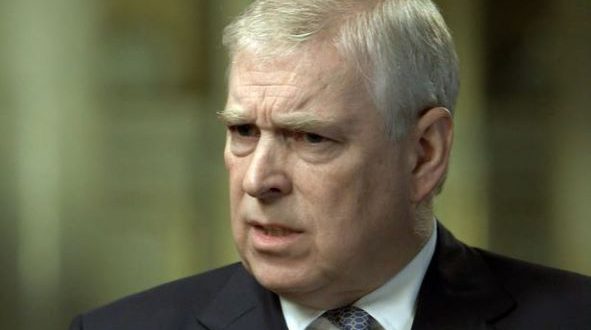 Prince Andrew settles with U.S. woman who says she was trafficked to him by Jeffrey Epstein

Britain’s Prince Andrew has settled the sexual abuse lawsuit brought by a woman who said she was trafficked to him by the late financier Jeffrey Epstein, a court filing Tuesday revealed. The amount of the settlement was not disclosed.

Andrew was sued in August by Virginia Giuffre, who said she was recruited by Epstein and his longtime paramour Ghislaine Maxwell when she was a teenager in Palm Beach, Fla., where Epstein maintained a villa residence. She alleged that the couple introduced to Andrew, who was a friend of theirs.

Giuffre, now a mother living in Australia, alleged that she was forced to have sexual encounters with Andrew in New York, London and on Epstein’s private island in the Caribbean in the early 2000s.

In a one-page statement filed in U.S. District Court in Manhattan on Tuesday, the parties agreed that Andrew “never intended to malign Ms. Giuffre’s character, and he accepts that she has suffered both as an established victim of abuse and as a result of unfair public attacks..”

The statement continues that it is “known that Jeffrey Epstein trafficked countless young girls over many years. Prince Andrew regrets his association with Epstein, and commends the bravery of Ms. Giuffre and other survivors in standing up for themselves and others.”

“He pledges to demonstrate his regret for his association with Epstein by supporting the fight against the evils of sex trafficking, and by supporting its victims,” the statement continues.

The settlement comes shortly after a federal judge in New York overseeing the lawsuit sought help from courts in the United Kingdom and Australia to secure the testimony of witnesses living in those countries.

A notice filed to the same judge on Tuesday said that, in light of the settlement, Giuffre would be withdrawing her civil claims against Andrew.

“The amount is confidential,” Giuffre’s attorney David Boies said in a statement, adding that the settlement “speaks for itself.”

Charles Igbinidu is a Public Relations practitioner in Lagos, Nigeria
@https://twitter.com/ionigeria
Previous All baptisms performed by a Catholic Priest declared invalid because he changed one word
Next A Pakistani man murdered his social media star sister in an ‘honor killing.’ Their parents pardoned him.