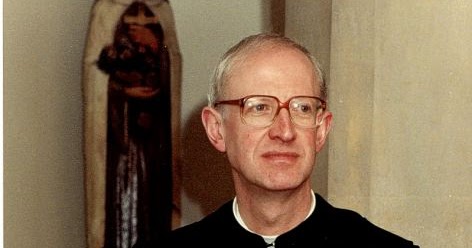 Andrew Soper, 74, formerly known as Father Laurence Soper, a Roman Catholic priest who sexually abused boys at an abbey school in the 1970s and 80s has been sentenced to 18 years in prison.

According to Guardian, Soper was a fugitive for five years after jumping bail. An international warrant was issued for his arrest. He was convicted earlier this month of 19 charges of rape and other sexual offences against 10 boys at St Benedict’s school in Ealing, west London.

He is the fourth man at the school to have been convicted of abuse. Following the guilty verdicts, the school apologised unreservedly for the “serious wrongs of the past”.

Sentencing Soper at the Old Bailey on Thursday, Judge Anthony Bate said: “You are an intelligent man with gifts of scholarship and erudition. However, as you acknowledged during cross examination, showing a degree of insight, that is not how you will be remembered.

Your good qualities are utterly overshadowed by the proven catalogue of vile abuse for which you are now at last held to account. Your disgrace is complete.” Soper’s disappearance to Kosovo had been “meticulously planned”, the judge said, adding: “You intended to live out your days there in obscurity.”