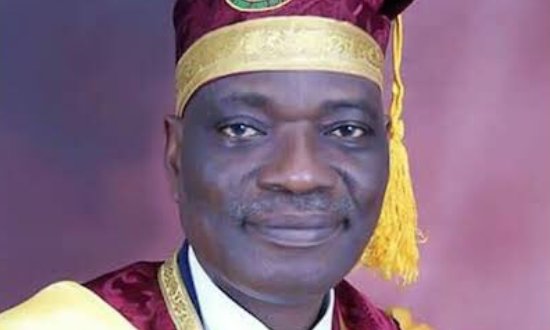 The visitation panel set up by Visitor to the University of Lagos (UNILAG), President Muhammed Buhari, following a fierce disagreement between the then Governing Council of the institution and the management finally submitted its report on September 7 to the Federal Government, with an indictment of the Vice Chancellor (VC), Professor Oluwatoyin Ogundipe.

Although yet to be officially released, THISDAY was able to obtain a copy of the 241-page report from the Federal Ministry of Education. The report examined the affairs of the university and issues that led to the crisis and concluded that all the allegations made by the then Dr. Wale Babalakin led Governing Council against Ogundipe were substantiated by the panel, contrary to the position held by the special panel, which was set up then after the removal of the VC.

Constituted on March 29, 2021, the seven-member Presidential Visitation Panel was asked to look into the affairs of the institution between 2016 and 2020, which incidentally fell within the period that the Babalakin-led Governing Council removed Ogundipe as VC, over alleged financial malpractices.

The VC was alleged to have misappropriated the university’s funds.

Babalakin had explained then regarding Ogundipe’s removal, “We agreed to have a secret ballot that we have always had when there are contentious issues. The votes were counted, they were not just votes, everybody wrote their own comments and I read it out to everybody.”

But few months after the removal of the VC, Buhari approved the report of a Special Panel to the university, which had then recommended, among other things, the reinstatement of Ogundipe and also dissolved the Governing Council headed by Babalakin, who had earlier resigned his chairmanship. Following the special panel’s report, Ogundipe was reinstated to his position, which he currently occupies.

However, the visitation panel, in its final report, revealed that Ogundipe could not provide any defence for his actions. It alleged that the UNILAG VC was involved in splitting of contracts.

According to the panel, “The explanations given were mere justifications to the breached contract tender processes that resulted in contract splitting, not out of ignorance of the requirements of the rules and regulations that have been substantively enacted.”

The report highlighted many contracts that were illegally awarded by the Ogundipe-led management. It alleged that in violation of the Procurement Act, the management of UNILAG under Ogundipe regularly diverted, by way of Virement, the sum of N1.800 billion from the university’s recurrent expenditure to fund award of contracts, which were clearly illegal.

The visitation panel stated, “The university operates a structured budget processing system. The budget process seems complete except that a bulk allocation of funds was made to each department, and they are each at liberty to allocate amount available as they deem fit. This is totally inconsistent with the structured process and needs to be revisited.

“The format of the periodic budget performance report presented to the Governing Council has major deficiencies. It lacks the critical aspect of good management information, performance review criteria and presentation. There is no section for the statement of financial positions that could have disclosed the fixed asset and all financial assets and liabilities of the university.

“It is half-baked reporting template used over the years for the quarterly financial reporting, however, it might not have been intentionally generated with the view towards hiding useful financial information from the Governing Council and the management of the university.

“We also noticed some inconsistency between the figures of the approved budget and that of the budget performance report. It points to the fact that subordinates are not being supervised as required. With a staff strength of 120, such errors should not be continuous and mistakes are not expected from the Bursary Department.

“The budget performance reports concentrated on the monetary aspect of operations and also failed to determine the variance between the budget and the actual performance of each critical areas of the university, which include direct teaching, research and human resource development.”

According to the panel findings, even the monthly donation of N500,000 to the Law Faculty by Babalakin for the purchase of law reports was diverted by the university management or the Faculty of Law by paying the sum into an unofficial account. This enabled the indicted officers to spend the money in a manner not authorised by the donor, it stated.

The visitation panel came to the conclusion that the Bursary of the University was characterised by concealment, fraud, misappropriation, misrepresentation, and incompetence.

It said it was the insistence of the Governing Council to know the accounts of the university that led to the commissioning of the Professor Omolehinwa Committee, which unravelled the true state of affairs of the university.

“The decision arose from the findings of the Chairman of Council that the budget estimates submitted to the National Assembly and the one presented to the Finance and General-Purpose Committee was at variance and irreconcilable,” it stated.

The report also revealed that there were 29 income-generating units in the university, but for several years only 10 of these companies were reported in the books of UNILAG. The others were concealed and whatever these companies generated were not accounted for.

The panel report revealed that the bursar was not able to produce the ledger of the university for the entire duration of the panel sitting, even though they had requested same from the bursar at several times.

Similarly, the bursar was not even able to produce an approved budget for 2020, implying that all the expenditure made for the said 2020 were extra-budgetary payments.

In addition, the visitation panel said, “The Bursar was found to be very incompetent and did not demonstrate any capacity to handle the portfolio. The Vice Chancellor and the Bursar regularly diverted money of the university as shown in the consistent diversion of about N1.8 billion from recurrent expenditure to capital expenditure without approval.

“Virements of a total sum of N1, 858,458,137 were consistently made from recurrent votes to finance capital projects during the period under review. This is a major breach in budgetary control and has been consistent year to year.

“The practice is totally out of place in the budgetary system of financing operations, it results in killing activities that could have qualitative benefits in favour of capital projects that were not initially budgeted and consequently culminating in the sinking of scarce resources over a long period of time with low financial returns.”

The visitation panel in their findings noted that management did not play its conventional role of scrutinising the operation of the accounts of the university, alleging that the internal audit only functioned at the will of Ogundipe.

It said, “The internal audit section exists in the University of Lagos but does not seem to be functionally effective. There are summary reports on findings of the Internal Audit Department for the years 2016 to 2020 addressed to the Vice-Chancellor. The reports covered almost every section of the university.

“Based on our review of the External Auditors’ Management reports and our direct interactions with the Head of the Internal Audit: the internal audit does not cover final accounts; implementation of the internal audit recommendations is at the discretion of the Vice Chancellor; purview is limited to post transaction audit work on procurement, payment and payroll.

“Corrections are unilaterally done by internal audit without reverting to the originating unit; internal audit report to the Provost of the College of Medicine and Vice-Chancellor; there is no proof that the Audit Department has access to accounting software; and no evidence of existence of audit plan for year 2016.”

The visitation panel also found the internal auditors of the company incompetent.

The Babalakin-led council had appointed a seasoned accountant, Olutola Senbore and Co., to examine the books of the university. The Governing Council adopted the Senbore report but the university’s management refrained from utilising the report.

In this regard, the visitation panel advised that an international accounting firm should be appointed to straighten-out the books of the university.

The panel exonerated the Babalakin-led Governing Council of wrong doing in the removal of Ogundipe, and stated that the Council of the University properly indicted the VC and the principles of fair hearing were adhered to during his indictment.

The visitation panel also found that the removal of Ogundipe by the then council was consistent with the University Act, stating that the interpretation placed on the statutes by Babalakin is plausible. Even the management led by Ogundpe was aware that the interpretation was convincing and sought an amendment of the law, the panel noted.

It added, “The current wording of S3(8) seems to suggest that it is Council that determines or could determine the identity of the two senate members of the Joint Committee of Council and Senate. There is arguably an imprecision of language which does not augur well for good governance.”

The visitation panel further stated that it did not know the rationale for the conclusion of the Federal Ministry of Education that the appointment of an acting Vice Chancellor by the Babalakin-led Council was wrong.

The panel said it was at a loss as to how anyone could have come to the conclusion that Ogundipe was not given fair hearing or that the Babalakin-led Council breached any provisions of the law.

In the words of the panel, “This panel has not seen the report of the previous panel and, therefore, does not know the basis for the conclusion that ‘the process adopted by the Council in the appointment of Professor Omololu Soyombo as Acting Vice Chancellor of the university was inconsistent with the provisions of law relating to the appointment of the Acting Vice Chancellor.”

Spread the love The Plateau Government has revoked the license of all Nursery, Primary and …